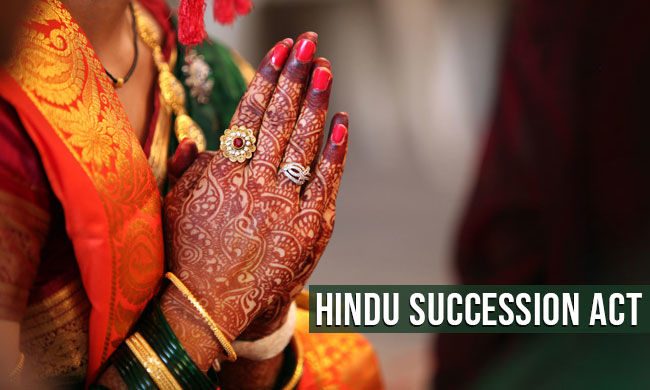 A nominee under a Hire Purchase Agreement cannot be accepted as the owner when the legal heirs according to the Hindu Succession act are still sustained. The right of heirs according to the Hindu Succession Act overrides the right of nomination. This was decreed by the single judge bench comprising of Hon’ble Shri Justice Goutam Bhaduri in Dr. Manu Gouraha Vs. The Chief Estate Officer, Chhattisgarh Housing Board and Ors. [W.P.(C) No. 2781 of 2021] on the 09th of July 2021 before the Hon’ble High Court of Chhattisgarh at Bilaspur.

The brief facts of the case are, the father of the petitioner bought a house (HIG-218) at Danganiya from the housing board under a Hire purchase agreement. Under this agreement, he nominated the petitioner (his son) as a nominee. The father died on 10.08.2012 leaving behind his wife Smt. Pushpa Gouraha, son Dr. Manu Gouraha, petitioner herein and two daughters namely Mrs. Shefali Shrivastav and Mrs. Madhulika Sharma. The petitioner claimed that the agreement for the house is to be changed to his name since he was the nominee assigned. However, the housing board observed that there were a lot of internal disputes and found it suitable to record the names of all the four heirs as the owner. Challenging this, the petitioner has filed the present petition before this Hon’ble Court.

The counsel for the petitioner contends that, as per the Hire Purchase Agreement, clause 12, in case of death of hirer, the name of the legal heirs would be mutated and if some nominee is nominated then in such case the nominee would be entitled. He submits that in the Hire Purchase Agreement Annexure 1, the petitioner’s name was nominated; therefore, his name is required to be recorded. The counsel for the respondent however argues that, since dispute exists for ownership and mutation of the name, as such, in order to protect the right of the heirs, the Housing Board decided to record four names of the legal heirs as against the property and no illegality can be attached to it and the right of nomination will not override the right of heirs; therefore, the petitioner can approach to the competent civil court for declaration and file civil suit, if so advised.

The learned judge heard the contentions of both the parties and decreed that since there is no will left behind by the deceased, section 8 of the Hindu Succession Act, 1956 will apply to decide on matters relating to succession of properties belonging to males. “Section 8, Clause (a) reads that devolution would be firstly, upon the heirs, being the relatives specified in class I of the Schedule. Heirs of class I of the Schedule include son, daughter, widow and so on. Therefore, the petitioner being son, two daughters namely Mrs. Shefali Shrivastav & Mrs. Madhulika Sharma and the widow Smt. Pushpa Gouraha would be class I heirs as per Section 8. In absence of any WILL all the heirs would be jointly inheriting the property, even if the Hire Purchase Agreement and the nomination of the petitioner would not bind the other heirs so as to defeat the devolution as per Section 8 of the Hindu Succession Act, 1956 in favour of class I heirs who are the widow and daughters”. The court also relied on Smt. Sarbati Devi & Another v. Smt. Usha Devi (1984) I SCC 424 wherein, it was decreed that while dealing a case of life insurance, it held that the nominee’s interest would be subject to claim of the assured under the law of succession.

Applying a similar rationale to the present case, the court ruled that the nomination clause cannot override the right of heirs and thus dismissed the petition since it was devoid of merit.