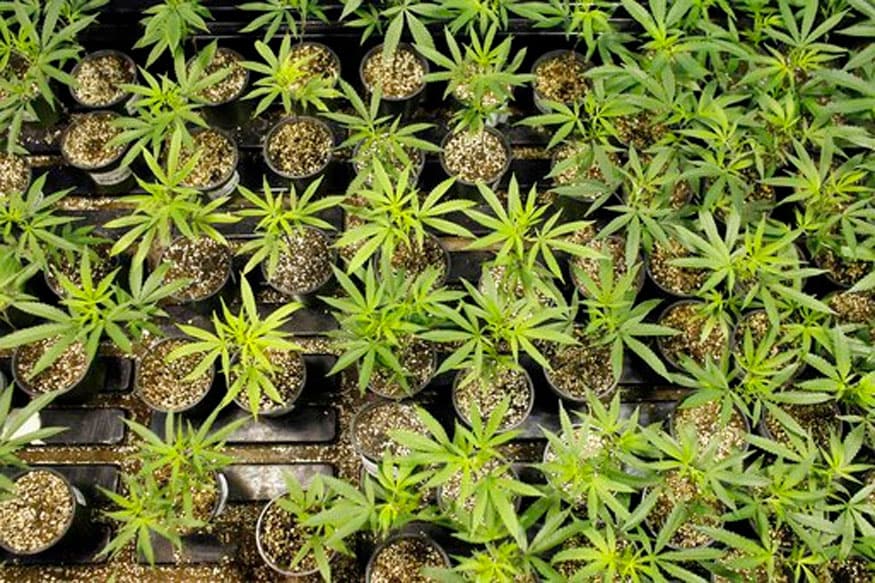 Materials available against the accused do not justify the deprivation of his liberty by his detention in prison but individual liberty is always restricted by a larger social interest. A single-judge bench comprising of Justice S.G. Chattopadhyay adjudicating the matter of Tapash Sarkar v. The State of Tripura(AB 42 of 2021) dealt with an issue of whether to grant pre-arrest bail to the accused or not.

In the present case, the accused is apprehending arrest u/s s 22(b),25,27(a) and Section 29 of the Narcotic Drugs and Psychotropic Substances Act,1985 and seeking pre-arrest before the court.

The police recovered around 11.52 gms of heroin in 455 plastic containers from the dwelling house of the accused and his father Dipak Sarkar and younger brother Ranjit Sarkar were arrested on the spot. In pursuance of secret information, the police raided the house of the accused in the afternoon at about 4:@5 pm and recovered the contraband from the backyard. The accused who was also living in the same house somehow managed to abscond the arrest.

The petitioners contended that Section 25 of the NDPS Act under which the case has been registered against the accused has no application because the accused does not own the house from where the contraband was allegedly seized by police. Similarly, Section 27(a) is not also applicable because there is no allegation of consumption of any narcotic drug or psychotropic substances against the accused. It is also contended by the counsel that no material has been placed before the court even to guess that the seized contraband was recovered from his possession and as a result, Section 22(b) cannot also be used against him. Moreover, there is no allegation against the accused that he abated the commission of the offence or conspired with his father and brother to commit the offence. Therefore, he cannot also be booked under Section 29 of the NDPS Act. It was also argued that the allegations made out in the FIR do not constitute any of the offences, aforesaid, under which the case has been registered against the accused. As a result, the accused is entitled to pre-arrest bail. Also, there was no material to suggest that he ever possessed the said contraband, the charge of illegal possession of contraband against him is unfounded. Further, it was submitted that the Petitioner is a patient of chronic renal failure and has a restricted diet and his imprisonment will be detrimental to his health

The Respondent submitted that in no circumstances the accused is entitled to bail. It was submitted that the restrictions provided under Section 37 of the NDPS Act, accused cannot be released on bail unless this court is satisfied that there are reasonable grounds for believing that he is not guilty of the offence and he is not likely to commit any offence while on bail. Reliance was made on an SC judgement and was stated that recording of findings in terms of Section 37 of the NDPS Act is a sine qua non for granting bail to an accused involved in an offence under the NDPS Act. Further submissions on behalf of the state respondent is that Section 54 of the NDPS Act shifts the onus of proving his innocence upon the accused which states that in trial under the NDPS Act, it may be presumed, unless and until the contrary is proved that an accused has committed an offence under it in respect of the articles recovered from his possession which he fails to account satisfactorily. It was also stated by the materials collected against the accused during investigation of the case is more than sufficient to justify his arrest and detention. Also in regards to the chronic renal failure of one of the accused , it was stated that the certificate issued by the doctor is not enough to reach a conclusion about the illness of the accused without any prescription accompanied by his diagnostic reports. And hence bail application should be rejected.

The court after a minute examination of the contentions of both the parties held that the liberty of a person cannot be curtailed on baseless and unfounded allegations. According to My Roy Barman, learned Sr. Advocate, materials available against the accused do not justify the deprivation of his liberty by his detention in prison. Also, it was stated that “the prosecution has been able to make out a strong prima facie case against the accused and in view of the materials available on record, this court cannot come to a finding at this stage that there are reasonable grounds for believing that he is not guilty of such offence and that he is not likely to commit a similar offence while on bail. In view of the nature of the offence, the accused should be thoroughly interrogated by the investigating agency to find out his associates so as to prevent the recurrence of such crime. For this purpose, the necessity of his custodial interrogation may not be ruled out. “