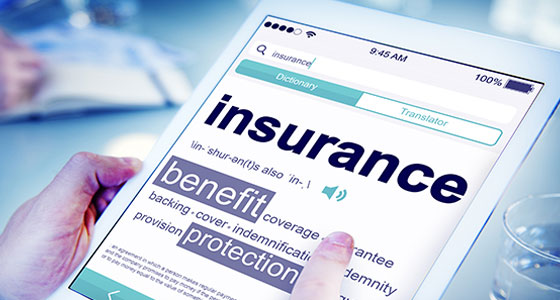 Insurance is a contract, represented by a policy, in which an individual or entity receives financial protection against losses from an insurance company. Here the insured shop was denied financial assistance in the account of a bomb blast, the court however held the insurance company liable. This judgment was pronounced on 17/05/2021 at the high court of Jammu and Kashmir at Jammu by the Hon’ble chief justice and Hon’ble Mrs. Justice Sindhu Sharma, the case New India Assurance Co. Ltd. V/s Rajiv Gandota & ors  OWP No. 604 of 2008. News India assurance company limited challenged the order which was passed by the J&K state consumer disputes redressal commission, Jammu, and divisional consumer forum.

The state commission as well as a divisional forum both held the news India assurance company liable, for the loss suffered by the respondent as the result of a bomb blast. The state commission ordered the insurance company to pay one lakh rupees along with 8% interest per annum as compensation and the divisional forum awarded Rs. 36,434 with 6% interest. The Insurance company had insured the shopkeeper (respondent) which included furniture, fixture, and fitting for 20,000 and stocks in trade for 80,000. Now since the shopkeeper suffered damages due to the bomb blast (where an FIR was also registered regarding the same). Here the insurance company denied their liability to indemnify the insured. The insurance company also argued that according to the policy, the address of the insured premises ( kali Jani, Jammu) was different when compared to the location of the bomb blast ( raj tilak road, Jammu). However, the divisional forum did not sustain this argument and said the insurance company had inadvertently wrongly recorded the residential address of the respondent. There was supporting evidence for the same as the shop was financed by J&K bank which was at raj tilak, Jammu, a certificate regarding the same was issued by the financer which indicated the premises of the business (respondent) was at raj tilak road however only his residential address was kali Jani Jammu. The court, therefore, found no reason to interfere with the decision by both the forums.

The insurance company also claimed that the complainant had submitted a claim for only Rs.40,000 also supported with evidence in the surveyor report and compensation more than what is claimed cannot be awarded. The claim note in the report was Rs.10,000 for furniture and Rs.30,000 for stocks they also annexed a copy of the claim given by the petitioner of the same amount. Here the divisional forum assessed by the surveyor accepted a loss of Rs.6425 for the furniture and Rs.30,000 for the stocks in trade. However, the state commission did not consider the evidence of submission of the claim of only Rs. 40,000 nor the report of surveyor was considered, the same was enhanced to Rs.1 lakh. The court referred to the Hon’ble supreme court in united India Insurance company Ltd. Vs. kantika colour lab. & ors., 2010(3) supreme 733.

In conclusion, the court said that “We are unable to agree with the compensation as awarded by the State Commission, in absence of any proof on record of actual loss. In view of the aforesaid discussion, the order of the State Commission dated 15.02.2008 to the extent of awarding Rs. 1 lakh compensation along with 8% interest is set aside and order of the Divisional Forum, Jammu dated 20.11.2006 awarding compensation of Rs. 36,425/- is upheld along with interest @ 6%. We also direct payment of an amount of Rs. 8,000/- as just and appropriate litigation expenses to be paid to the complainant”