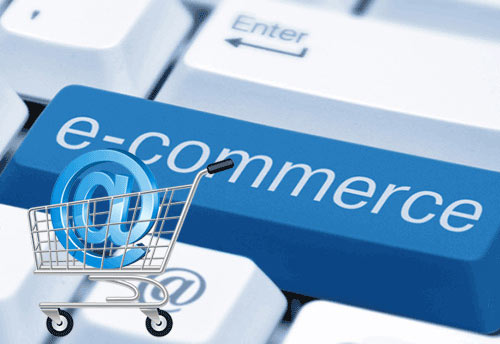 The Government of India has proposed to bring in amendments under the present Consumer Protection Act for the e-commerce websites currently operating in India. The Government is trying to substantially regulate the operation of e-commerce website such as Flipkart, Amazon among others, and has sought public views on the draft to amend the Consumer Protection (E-Commerce) Rules 2020. from June 21, 2021. Through the draft the government has aimed at:

The draft is aimed at updating the definition of e-commerce trading platform, cross-selling, which refers to sale of additional goods related to a purchase already made, and fallback liability, which essentially increases the liability of e-commerce platforms[ii].

As per the draft rules, an e-commerce trading platform is defined as ‘any person who owns, operates or manages digital or electronic facility or platform for electronic commerce’ and any ‘related party’, as defined under the Companies Act, 2013, but ‘does not include a seller offering his goods or services for sale on a marketplace e-commerce entity’. Therefore, by going through the updated definition, it can be clearly understood that the liability of the e-commerce platforms has been substantially enhanced against the goods and services offered by them.

Another interesting development under the draft rules is that, the draft rules have out rightly banned and outlawed flash sales. The reasoning behind such step was give that, flash sales give unfair and undue advantages to some sellers, while the other sellers are differentiated against. Clause 16 of the draft reads: ‘No e-commerce entity shall organize a flash sale of goods or services offered on its platform.’

The draft is defined flash sales as: ’Flash sale means a sale organized by an e-commerce entity at significantly reduced prices, high discounts or any other such promotions or attractive offers for a predetermined period of time on selective goods and services or otherwise with an intent to draw large number of consumers provided such sales are organized by fraudulently intercepting the ordinary course of business using technological means with an intent to enable only a specified seller or group of sellers managed by such entity to sell goods or services on its platform.’ Therefore, from the definition itself, the legislative intent is clear that they consider flash sales give preferential treatment to one group of sellers, whereas the another group of sellers is discriminated against. The draft rules have not banned conventional flash sales, however in the interest of maintaining balance, and bringing in more accountability on the part of e-commerce platforms, the flash sales are banned. This was done due to increasing instances of irregularities and unfair trade practices being adopted by the e-commerce websites while organizing these flash sales.

Further, the draft rule has also proposed the creation of a post of Chief Compliance Officer, who shall be the authority the will oversee that the all the draft rules are complied with. Further, now e-commerce website has to mandatorily share cyber-security incidents promptly with appropriate authorities. This provision has been adopted due to the rising incidents of data breaches which remain hidden and suppressed, until the damage has already been done[iii].

Do the new draft rules will impact the shopping experience of consumers?

The draft rules have proposed to ban ‘specific flash sales’ which limit the consumer choices in favor of the beneficiary seller. Further, the concept of ‘fall back liability has been introduced’, wherein e-commerce firms will be held liable in case a seller on their platform fails to deliver goods or services due to negligent conduct, which causes loss to the customer. In several cases, when problems arise with goods purchased from their marketplaces, e-commerce platforms direct the consumers to the respective sellers to solve any grievance. With fallback liability, consumers will be able to reach out to the platform itself. The new rules, also prevents the e-commerce platforms to manipulate and skew the search results of the consumers in favor of the certain sellers. In all, it can be concluded that overall shopping experience will not drastically improve, however the preferential treatment and the unfair trade practices would be stopped, which would result in improved and better shopping experience for the consumer[iv].

The draft amended brings in changes which shall ensure the greater liability and accountability on the part of the e-commerce platforms, its impacts on the consumer remains to be seen[v].

[ii] Pravav Mukul, Explained: The draft rules for e-commerce companies, and how it will impact online shoppers, THE INDIAN EXPRESS, https://indianexpress.com/article/explained/e-commerce-companies-new-rules-flash-sales-consumer-data-grievance-officer-7370448/ (June 22, 2021).