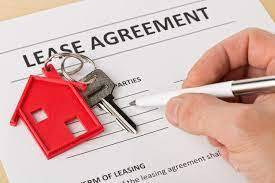 The interim order of the Civil Court to maintain status quo in respect of the possession over the property does not confer any right on the Petitioners to have their possession over the property declared as lawful for all purposes. The interim order, if any, passed by the competent court of law does not confer any right of perpetuity on the parties. It is only meant to serve as an interim arrangement. A single bench comprising of Justice B.P. Routray adjudicating the matter of Shikha Bhowmick v. The State of Odisha and Ors. (WRIT PETITION(CIVIL) No. 1885 of 2014 ) dealt with an issue of whether passing of an interim order passed by the Civil Court to maintain status quo conferred rights of possession to the Plaintiffs?

In the present case the orders of Collector, Puri and the Revenue Divisional Commissioner, Central Division, Cuttack passed under the provisions of Odisha Government Land Settlement Act and Rules have been assailed by the Petitioners.

Before expiry of 15 years Makhanlal Halder sub-leased the property to Jatindranath Bhowmick to run the hotel business in the name and style of ‘Sagarika Hotel’. After expiry of 15 years of Sub-lease on 26th August, 1967, the L. Rs of Ashutosh Mallick executed another Sub-lease on monthly tenancy in favour of Jatindranath Bhowmick for a period of twelve years eleven months effective from 2nd January, 1967 to 1st December, 1979. During this period, Bhowmick was permitted to make additional construction work on the land including the extension work of Ashu Bhawan to use for commercial purpose. In the meantime, Jatindranath Bhowmick died and a fresh Sub-lease was granted by the L. Rs of Ashutosh Mallick in favour of two daughter-in-laws of Jaitndranath Bhowmick (the present petitioners) for 10 years with effect from 2nd December, 1979 to 1st December, 1989 on payment of monthly rent. Before expiry of the said period of sub-lease, the L. Rs of Ashutosh Mallick served a notice on 30th May, 1989 on the Petitioners to handover vacant possession of the property immediately after 1st December, 1989.

Since the Petitioners did not hand over the possession of the property, the L. Rs of Ashutosh Mallick filed a suit for title against the Petitioners praying a decree of eviction along with damages. To which the Defendents (presently Petitoners ) filed for temporary injunction restraining the plaintiffs from interfering with their peaceful possession and the court directed the Defendant to  pay monthly rent regularly.

After several litigations in the present writ petition, it was contended by the Petitioners that once the matter was decided by the Tahasildar with the approval of the Collector and the registered lease deed was executed in favour of the Petitioners, no further scope remains for the Collector to cancel the permanent settlement and to resume the land, particularly ignoring the temporary status-quo order of the civil court. The Opposite parties contended that the Petitioners unauthorisedly occupied the lease hold property after 1st December, 1989 as they do not have any right to continue with possession of the property after expiry of the agreed sub lease period. The subsequent lease deed executed in their favour by the L.Rs of one branch during pendency of the eviction suit does not authorize their lawful possession.

The court held that relied upon The general principle governing rights of the co-owners in a common property is that, one co-sharer has no right to alienate the entire property to confer exclusive right on the alienee without consent of other co-owners and such transfer is invalid for want of competency. However, Section 44 of the Transfer of the Property Act authorizes a co-owner to transfer his share subject to conditions.