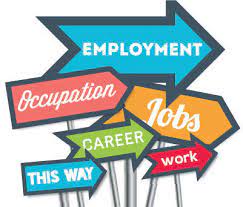 While rendering judgment regarding a writ petition on the qualification for a candidate, the High Court held that their eligibility must be based on the Recruitment and Promotion Rules along with the published advertisement; any government notification after that cannot be applied retrospectively. This judgment was passed in the case of Vinod Kumar vs. State of Himachal Pradesh [CWP No. 2659/2019], by a Bench consisting of Hon’ble Justice Ahau Mohan Goel.

The case of the petitioner was that vide advertisement no.33-2/2017 issued by the respondent on the month of September 2017, various posts were advertised to be filled up in different departments of the government of Himachal Pradesh, including Male Multipurpose Health Workers on a contract basis in the health and family welfare department of the State, i.e. total 148 in number. The petitioner being eligible to apply for the post of Male Multipurpose Health Worker did so, however, his candidature was rejected by the respondent – commission vide 2019 notification on the ground that he failed to produce a registration certificate as Male Multipurpose Health Worker with H.P. Para Medical Council within the stipulated period. According to the petitioner, the rejection of candidature was a violative article 12 of the constitution of India as it was arbitrary and discriminatory.

After hearing both the parties to the proceedings the High court observed that it was not disputed what rejection of petitioner was on the basis of the communication addressed to the petitioner in 2019. The High Court observed the reason for rejection was that the petitioner failed to produce the registration certificate as Male Multipurpose Health Worker with H.P. Para Medical Council. It was further observed that no such criterion was put forth in the advertisement and no such criterion was mention in the Recruitment and promotion rules also.  In such circumstances, rejection of the candidature of the petitioner by the respondent – commission was completely erroneous and not sustainable in law.

The High Court held that it is settled law that the eligibility of a person is to be based on the Recruitment and Promotion rules along with the advertisement. In the absence of the condition proposed by the respondent in both the documents, the candidature of the petitioner should not have been rejected. Further, the selection process had been initiated in September 2017, whereas the instruction issued by the government was in 2019. Even in such a case, the instructions of the government cannot be applied retrospectively to determine the eligibility/suitability of the candidate.

The High Court held by concluding that, “Communication dated 25.04.2019 (Annexure P-12) is ordered to be quashed and set aside and the respondent – commission is directed to consider the candidature of the petitioner on the strength of educational qualification submitted by him with his application with a period of 8 weeks from today.”