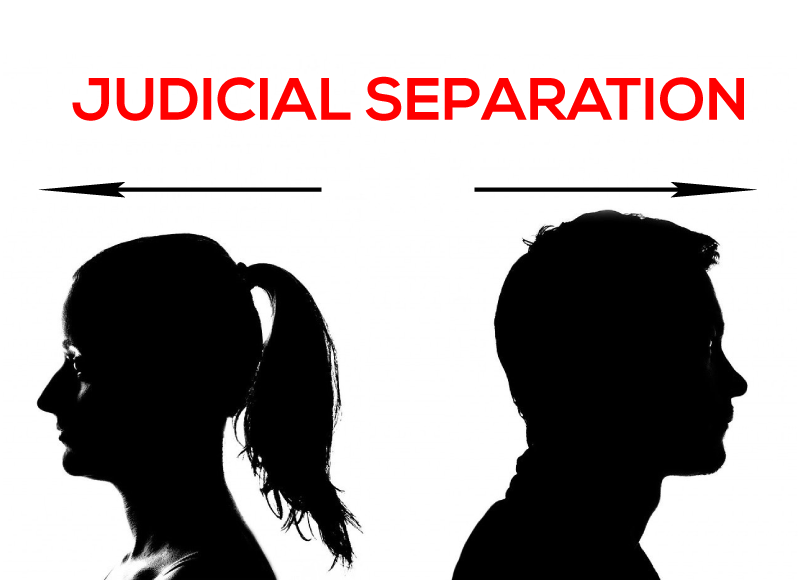 If there is a prolonged time of continual separation, the matrimonial relationship is fairly irreparable. Marriage is a lie but backed by a civil relationship. In such circumstances the statute does not serve the sanctity of marriage by refusing to break this bond; instead, it has no respect for the feelings and sentiments of the parties. It can lead to mental cruelty in such circumstances. The judgement was passed by the High Court of Tripura in the case of Swapna Sinha v. Bimal Sinha [Mat. Appl. No. 21 of 2019] by Single Bench consisting of Hon’ble Justice MR. S.G.Chattopadhyay.

The respondent filed a petition in the court of District Judge, under Section 13(1)(i-a) & (i-b) of the Hindu Marriage Act, 1955 against the appellant praying for dissolution of their marriage by a decree of divorce on the ground of cruelty and desertion. The learned District Judge declined to grant a decree of divorce in the suit. He passed a decree for judicial separation in the exercise of his power under Section 13A of the Act of 1955. The aggrieved wife has, therefore, preferred this appeal under Section 28 of the Act of 1955 read with Section 19 of the Family Courts Act, 1984 challenging the legality of the impugned judgment passed by the learned District Judge.

Learned counsel for the appellant has vehemently argued that the facts and circumstances of the case would clearly show that the husband was at fault who had always tortured the wife and ultimately deserted her in a hapless condition. According to learned counsel, the husband could not adduce any evidence concerning desertion and cruelty against his wife in the trial court. But the learned trial court without an appreciation of evidence decreed the suit for judicial separation relying on the unsubstantiated evidence of the husband. As a result, the decree of judicial separation granted by the learned trial court is liable to be set aside in this appeal.

Learned counsel for the respondent has argued that the relationship between the appellant wife and her respondent has broken down and there seems to be no chance of retrieval at all. According to learned counsel it has been proved before the trial court that the appellant wife subjected her husband to enormous mental cruelty and ultimately deserted him without any genuine reason and even thereafter, she brought unfounded allegations against him and his mother which were proved to be false in the trial court. According, to learned counsel, the trial court rightly passed the decree of judicial separation which does not deserve any interference in appeal.

Keeping reliance upon apex court judgment Samar Ghosh Vs. Jaya Ghosh, it was noted that “Where there has been a long period of continuous separation, it may fairly be concluded that the matrimonial bond is beyond repair. The marriage becomes a fiction though supported by a legal tie. By refusing to sever that tie, the law in such cases does not serve the sanctity of marriage; on the contrary, it shows scant regard for the feelings and emotions of the parties. In such like situations, it may lead to mental cruelty.”

While allowing the petition the court held that “It is a settled proposition of law that only when the ground of divorce is made out, the court may at its discretion grant decree of judicial separation under Section 13A of the Act of 1955 instead of granting a divorce.” Further court also noted that “the husband failed to establish either of the grounds of desertion or cruelty against his wife in the trial court. As such, he was not entitled either to a decree of divorce or judicial separation. Since the learned District Judge observed that the relationship between the spouses did not dry up and there was a chance of renewal of their relationship, he should not have suspended their relationship by granting a decree of judicial separation.”