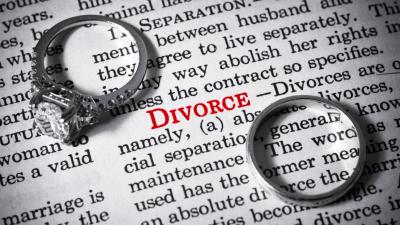 The parties are living apart over a considerable period of time. But this is not the only test of irretrievable break down of marriage. Divorce is found on fault theory. Basic element of desertion is animus deserendi which has not been proved in this case. This was held in Sri Bijit Kumar Banik v. SSmti. Kaberi Banik (Debbarma) [Mat. Appl. No. 12 of 2015] in the High Court of Tripura by division bench consisting of JUSTICE S.TALAPATRA and JUSTICE S.G.CHATTOPADHYAY.

Facts are that the appellant filed petition under Section 13 of the Hindu Marriage Act seeking divorce on basis of desertion and cruelty. On appreciation of evidence, the Family Court rejected the petition of the appellant for divorce, which has been challenged by the appellant in the present appeal.

The counsel for the appellant contended that adequate proof of cruelty and desertion against the respondent exists, the rejection of his petition was erroneous. Respondent was cruel and had even prosecuted them under Section 498A IPC and had permanently abandoned her husband along with the two children.

The court made reference to the Supreme Court judgement in U.SREE V. U.SRINIVAS, wherein the following observations were made, “Presently, we shall advert to the finding recorded by the learned Family Judge and the High Court relating to desertion by the wife. As the factual matrix would reveal, both the Courts have proceeded on the base that the wife had not endeavored to reunite herself with the husband and there had long lapse of time since they had lived together as husband and wife. On the aforesaid foundation, the conclusion has been drawn that there is an animus deserendi on the part of the wife. To test the tenability of the said conclusion, we have perused the petition for divorce from which it is evident that there is no pleading with regard to desertion.”

Considering the facts of the case and tests determined by the earlier precedents the court held that, appellant had applied for divorce on the ground of cruelty and desertion. He had not been able to prove either of these grounds. Respondent has pointed out to serious instances of cruelty and also supported it by consistent and coherent evidence. Thus dismissing the appeal.