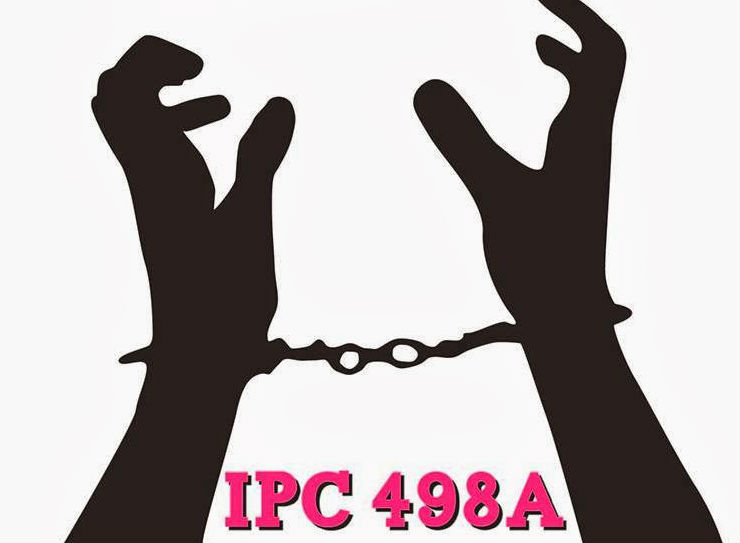 India has always been a country rich in culture where rites and customs have played a notable role. “Dowry” prevailed as one of the customs in Ancient India where a gift in cash or kind was given to a bride by her family to maintain her independence after marriage, but eventually, it became the only legal way to get married, with the British making the practice of dowry mandatory. [1] In the present time, it has turned out to be a stubborn custom, moreover, a curse for the society as it has increased the greed resulting in harassment and violence with the women. Thus, section 498 A was inserted in the Indian Penal Code, 1860 introduced in 1983 for the protection of the women in against the gruesome cruelty and violence by the husband and the relatives of the husband.

But there are always two sides to a story, if 498 A has become a shield for the women to protect themselves from the ill-effects of the dowry system, on the other hand, it has become a malediction for the men as it has started being misused for the benefits of support payment and different remuneration. Being a non-compoundable and non-bailable offense, it has created a downside where men are being constantly victimized and abused because of false complaints and allegations.

(a) any willful conduct which is of such a nature as is likely to drive the woman to commit suicide or to cause grave injury or danger to life, limb or health (whether mental or physical) of the woman; or

No law is independent but is interdependent on the status which is normal in making clarity of the problem that has arose cruelty against women within the institution of marriage and has posed certain difficulties in matters of prosecuting the accused and proving the guilt.

Section 498A which deals with the punishment to the husband and his relatives if a married women is subjected to cruelty compelling her to commit suicide or cause grave physical or mental injury to her, and harassment with a view of coercing her or any of her relatives to meet any unlawful demands of property. The offence is cognizable, non-bailable and non-compoundable. The section has been made stringent so as to punish the culprit.

Section 498A provisions have somewhat always been discriminating towards men which need deep interpretation. Women misuse the legislation that has been designed to defend themselves from the abuse and brutality and make false claims about their husbands in order to get rid of them or actually defame the family. A higher proportion of acquittals are often put forward as evidence to suggest that Section 498A of the Indian Penal Code. This position appears to focus on interpersonal violence, overlooking the various subliminal factors governing the everyday lives of women, such as the varied forms of violence and the role of gendered state institutions in conceptualizing and implementing law.

The question arises that whether such false complaints are over-shading the actual cruelty & harassment with the women?

False complaints raise the suspicion and the burden of proof lies on the women. People tend to blame the woman who had actually faced the gruesome cruelty by her husband or her in-laws because of frequent false complaints being filed in the Court. Court never believes to what people say, but presenting evidences and witnesses for the act of domestic violence and mental harassment eventually becomes a big task because what happens within the walls of a house can only be assumed or interpreted. And that is why culprits get a chance to manipulate the law; no matter if it’s a woman or a man.

Increasing number of false cases of Dowry harassment against the husbands has now become so serious that the Government of India is proposing to amend Sec 498A to make the offence as “Compoundable” & “Bailable”, which at least gives a fair chance to the opposite party to prove their innocence before the arrest.

The Supreme Court did not shy away from observing that a large number of cases have come to light where the complaints u/s 498A IPC are not bona-fide but since it is for the legislature to legislate, no action can be taken against it which can devise mechanisms to tackle frivolous complaints under 498A, the courts would have to continue to function within the prescribed parameters of law.

Although this provision was enacted to safeguard and protect the interests of married women, but there has been a growing tendency amongst them to misuse this provision by filing false cases against their innocent husbands and families including parents of advanced age, minor children, siblings, grandparents, etc, and thereby, causing them harassment and even arrest without any verifiable evidence of physical or mental injury.

The Law Commission addressed the issue concerning abuse of this provision in its 243 reports on IPC Section 498A. The commission has recommended that the offence can only be made compoundable with the court’s permission, and precautions must be taken before granting

Thus, one who brought 498A into action conceiving it as a shield against cruelty for women, i.e., the Supreme Court, is now considering it as a legal terrorism. Because misuse of Section 498A diminishes the true credibility and the innocent is held liable for the offense which he never committed. That is one of the several reasons for calling it an Anti-male law.

Several cases have come into light where the allegations are not bona-fide and have been lodged with oblique reasons. In such cases, the acquittal of the accused does not wipe out the ignominy suffered during and before the trial in all cases. Adverse media coverage occasionally adds to the misery. New legal terrorism is created by the abuse of the clause. The provision is intended to act as a shield and not as the weapon of an assassin. A mere probability of a legal provision being misused does not invalidate it.

In the case of Arnesh Kumar v. State of Bihar[5], the Hon’ble Court held that, in an effort to ensure that police officer does not unnecessarily arrest the accused and that the Magistrate does not allow for casual and mechanical detention in cases pursuant to Section 498A IPC. Police officers not to arrest the accused immediately after the filing of a case under 498A IPC; they should satisfy themselves that arrest is necessary under parameters that flow from Section 41 CrPC (the judgment sets the parameters).

In case of, Rajesh Sharma v. State of Uttar Pradesh[6] the Hon’ble Court issued instructions to prevent the misuse of Section 498-A IPC which was further amended in the Manav Adhikar v. Union of India Social Action Forum[7].

There are several landmark judgments given by the Supreme Court of India, which proved and gave an impression that misuse of 498 A is no joke. In the case of Bibi Parwana Khatoon v. State of Bihar (2017) 6 SCC 792[8], the relatives of the woman had alleged that the husband and the in-laws killed her and therefore, a case had filed u/s 498 A, but in the further investigation, it was found that all the complaints were false and there was no evidence to prove the offense beyond reasonable doubt.

In the recent judgments of Prem Kumar vs. The State of Madhya Pradesh[9] (M.Cr.C. No.37680/2020), Deepak vs. Smt. Radha Rani[10] (First Appeal No. 815 of 2017), court quashed the false complaints made against the husbands and their families u/s 498 A, which were filed with the intention of gaining personal profits and harassment to the other party and hence nothing could be proved against the husband and his family.

As the law and rules are gender neutral, the justice must be too. Each side of the story must be examined and analyzed carefully so as to prove the real culprit guilty because Misuse of Section 498A is not a rumor, but a fact, which has been proved now. The effect on society of this example is terribly unhealthy. The abuse does not mean that we are removing the usefulness of the laws that impact the wider public interest, but the justice should prevail for every section of the society irrespective of Gender.