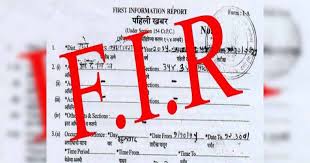 Keeping in view that the matter compromised inter-se them, the possibility of conviction is remote and no fruitful purpose would be served in continuing with the criminal proceedings. This honorable judgement was passed by High Court of Shimla in the case of Rajesh Kumar v. State of Himachal Pradesh and others [CrMMO No. 59 of 202] by the Hon’ble Mr. Justice Sandeep Sharma.

The petition was filed under S.482 CrPC, on behalf of the petitioner for quashing of FIR, registered at Police Station Indora, District Kangra, Himachal Pradesh, under Ss. 279, 337 and 304 IPC and S.187 of the Motor Vehicles Act, on the basis of compromise arrived inter se parties. An army vehicle (Jipsy) being driven by the petitioner, hit the motor cycle being driven by deceased and   his son as a consequence of which, on the basis of his statement recorded, so that factum with regard to correctness and genuineness of the compromise placed on and also stated on oath that, whereby both the parties had resolved to settle the dispute amicably inter-se them. The petitioner took all possible care of the deceased after the alleged accident, they shall have no objection.

The councel referred the case of Narinder Singh and others v. State of Punjab and another has specifically held that power under S. 482 CrPC is not to be exercised in the cases which involve heinous and serious offences of mental depravity or offences like murder, rape, etc and in the case of Gian Singh v. State of Punjab and anr. the court held that power of the High Court in quashing of the criminal proceedings or FIR or complaint in exercise of its inherent power is distinct and in Narinder Singh’s case, the court held that while exercising inherent power of quashment under Section 482 Cr.PC the Court must have due regard to the nature and gravity of the crime and its social impact and it cautioned the Courts not to exercise the power for quashing proceedings in heinous and serious offences of mental depravity, murder, rape, dacoity etc.

The court opinioned that, ‘offences alleged to have been committed by the accused do not involve offences of moral turpitude or any grave/heinous crime, as such, this court deems it appropriate to quash the FIR as well as consequential proceedings thereto, especially keeping in view the fact that the complainant, relatives of the deceased and accused have compromised the matter inter se them, in which case, possibility of conviction is remote and no fruitful purpose would be served in continuing with the criminal proceedings.’

The court disposed of the case stating that, ‘Since the matter stands compromised between the parties and the complainant as also the relatives of the deceased are no more interested in pursuing the criminal proceedings against the accused, no fruitful purpose would be served in case proceedings initiated at the behest of the complainant are allowed to continue, as such, prayer made in the petition at hand can be accepted.’