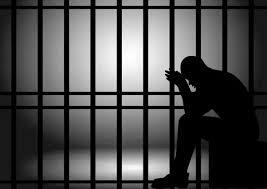 When a police officer reduces into writing any statement made to him by a witness, in the course of investigation under Section 161 of CrPC, such a statement cannot be used to refuse grant of bail to an accused.  This was decided in the case of Junaid and Ors. v. State of Delhi BAIL.APPLN.3163/2020 in the High Court of Delhi by Hon’ble Justice Suresh Kumar Kait.

The petitions have been filed of the same incident and FIR and the evidence on record are the same against all the accused/petitioners for grant of bail. In the North East area of Delhi at different places, incidents of stone pelting and rioting were reported. On 24.02.2020, at around 3:00 PM, Hindu mob which was pro CAA also entered the arena and they too started pelting stones etc. at the Muslim community, forcing them to retreat. Muslim rioters were concentrated towards the Muslim dominated Chandbagh area, while the Hindu rioters were towards the Yamuna Vihar area. Some of the rioters on both the sides also went to the roof tops of the buildings of their area over-looking Mohan Nursing Home and adjoining buildings, while Muslim mob took position at the roof top of building.

The counsel for the petitioner submitted that the evidence against the petitioner and statements recorded u/s 161 Cr.P.C were false. It is submitted that the petitioner is innocent and has been falsely implicated in the present case. He was called through notice under Section 160 Cr.P.C. that he was required for some normal inquiry and would be sent back after taking the statement. He was not arrested from his house and was taken to police station as cleared by police in charge-sheet.

The court observed that the notice of Section 160 Cr.P.C. is also provided in charge-sheet which shows the authenticity of the above submissions. Further the court also observed that to prove the involvement of the petitioner, the prosecution has relied upon a video of an NDTV prime time show, about which, the prosecution themselves have admitted that it fails to establish the identity of any of the accused. It could be seen that the trial has not started yet and it will take a long time and it is only on the basis of the statement of the person which is not corroborated by any independent evidence that the prosecution wants to keep the petitioner into custody

The court drew attention to the fact that The “statement under Section 161 Cr.PC is Inadmissible in Evidence and cannot be Relied Upon For Conviction”, as reiterated by Hon’ble Supreme Court in the case Parvat Singh vs. State of Madhya Pradesh in Criminal Appeal No.374/2020.

The court in this case said that after viewing the submissions made and the cases referred, it can be seen that there is no evidence whatsoever, either direct or circumstantial or forensic against the petitioners. Neither there was any motive whatsoever either for them or for any other person allegedly present on the roof of Saptarishi building, to commit the offence, nor has the prosecution alleged any motive in the entire case.” Accordingly, bail was granted to the petitioners.