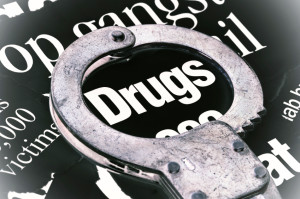 Section 37 of the Narcotic Drugs and Psychotropic Substances Act, 1985, which puts restrictions on grant of bail to those accused for carrying drugs, is not applicable in cases where the quantity carried is below the commercial quantity of 1kg. This was held in the case of Dev Raj v. State of H.P [Cr.MP(M) No.2279 of 2020] in the High Court of Himachal Pradesh by the Hon’ble Judge Anoop Chitkara.

The facts of the case against the petitioner are that on 2th December, 2020, the police officials were conducting patrolling in the and they noticed one car coming towards Bhuntar. The police officials wanted to search his vehicle, but because of night, they could not get any independent witness. It stopped and searched the vehicle only to find 3 packets. It was detected to contain charas weighing  895 grams. After that, the investigation officer completed the procedural requirements of the Narcotic Drugs and Psychotropic Substances Act, 1985 and arrested the accused.

The petitioner, who is in custody under NDPS Act, for possessing Charas, has now come up before this Court under Section 439 of CrPC, seeking bail, on the grounds that the quantity of contraband allegedly seized is intermediate quantity and does not restrict bail, because the quantity greater than 1kg of charas, falls in the category of the commercial quantity; hence the restrictions for bail imposed in S. 37 of NDPS Act do not apply.

The counsel for the petitioner contends that incarceration before proof of guilt would cause grave injustice to the petitioner and the family. On the other hand, the state opposed the bail citing that if this court is inclined to grant bail, then such a bond must be subject to very stringent conditions. The court observed that the petitioner is a first time offender and is already in custody for the last two months in relation to the quantity of contraband recovered by him.

The court referred to the case of Sunny Kapoor v State of HP, [CrMPM 2168 of 2020,] and it observed that “when the quantity is less than commercial, the rigors of Section 37 of the NDPS Act will not attract, and factors become similar to bail petitions under regular statutes. normal, unless the Prosecution points towards the exceptional circumstances,” Thus, when the maximum sentence cannot exceed ten years, and the accused is yet to be proved guilty, the grant of bail is negating the bail.

The court further states that the need to impose stringent conditions arises only to ensure that the accused does not influence the investigation or tamper with the evidence, or intimate the witnesses thereby affecting the process of securing justice. These can be taken care of by imposing elaborative and stringent conditions. For supporting the rights enabling the authorities on imposition of restrictive conditions, the court referred to the case of Sushila Aggarwal, (2020) 5 SCC 1, Para 92.

Accordingly, bail was granted and the the court in its judgement cautioned “During the trial’s pendency, if the petitioner repeats or commits any offence where the sentence prescribed is more than seven years or violates any condition as stipulated in this order, the State may move an appropriate application before this Court, seeking cancellation of this bail. Otherwise, the bail bonds shall continue to remain in force throughout the trial and after that in terms of Section 437-A of the CrPC”.