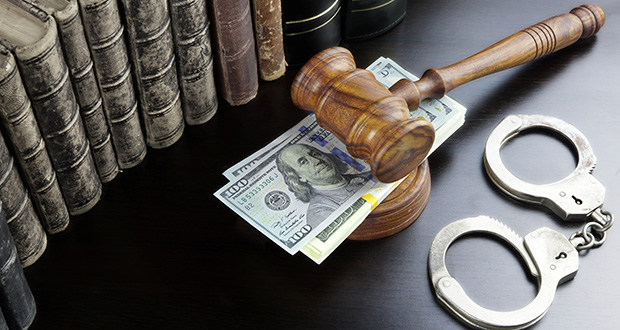 The grant of release on bail as provided under the section 167(2) proviso (a) is a legislative command and not a judicial discretion. An order for release on bail under Code of Criminal Procedure is an order on default on the part of the prosecution to file charge sheet within the prescribed period. This proclamation was made by the Odisha High Court presided by J. S.K. Sahoo in the case of Naresh Digal vs. State of Odisha [BLAPL No. 4652 of 2020].

In the instant, an informant informed that Mahindra Bolero Maxx Pik-Up vehicle crossed Balliguda Naka post in a high speed in suspicious manner. Out of four, two persons were caught. On interrogation, they confessed that they were transporting ganja towards Kolkata for selling purpose. The ganja seized in the case comes under ‘commercial quantity’ as defined under section 2(viia) of the N.D.P.S. Act. When petition was filed by the investigating officer in advance through the Special Public Prosecutor to extend the period of completion of investigation for a further period of ninety days and copy of the petition was also served on the learned defence counsel since nine days more period was still there for completion of one hundred eighty days, in all fairness of things, the case should have been posted to some other date by Special Judge to consider the petition on merit by giving opportunity to the defence counsel to obtain instruction from the petitioner, who was in jail custody and to file his objection, if any, to such petition.

The court referred to the case of Hitendra Vishnu Thakur -Vrs.- State of Maharashtra [A.I.R. 1994 Supreme Court 2623] held that even though sub-section (4) of section 36-A of the N.D.P.S. Act. An order for release on bail under section 167(2)(a) of the Cr.P.C. is an order on default on the part of the prosecution to file charge sheet within the prescribed period. It is a legislative command and not a judicial discretion of the Court. An indefeasible right accrues in favour of the accused for being released on bail on account of default by the investigating agency in completing the investigation within the period prescribed. If an accused entitled to be released on bail under the proviso (a) makes an application before the Magistrate, there is no discretion left in the Magistrate and the only thing he is required to find out is whether the specified period under the statute has elapsed or not.