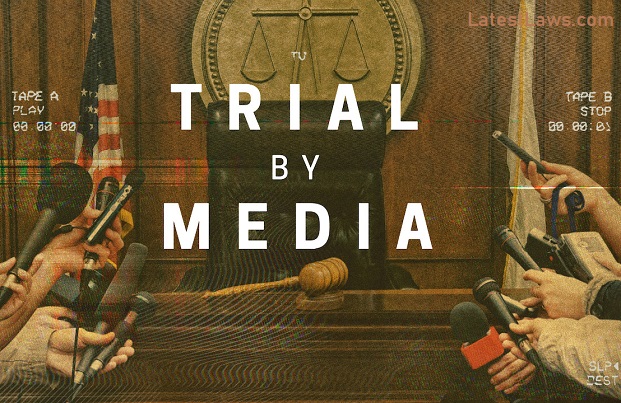 Media trial interference will now be considered a Contempt of Court once the judicial proceedings in the case commence. This decision was taken by the Bombay High Court in the “Sushant Singh Rajput Case” i.e., Mr. Nilesh Navalakha & others vs. Union of India &others [Public interest litigation (ST) no. 92252 of 2020 with Interim Application No. 95156 of 2020].

In the instant judgment, Bombay High Court gave some guidelines for reporting which shall be applicable on the Electronic Media as well, such as:-

HC added the list of the reports which might cause prejudice in the investigation, and even if such things happen, it will be considered as “Contempt of Court” which will violate the provisions of the Program Code as prescribed under section 5 of the Cable TV Network Act, such as:-

HC opined that the “Findings and observations in the judgment are not a reflection on the pending investigations and the concerned criminal court should decide the issues uninfluenced by the observations”.

HC stated that the media shouldn’t cross the boundaries and should follow the guidelines. The Court also held that the media coverage is done by the Republic TV and Times Now against Mumbai police in the case pertaining to the death of late actor Sushant Singh Rajput is “Prima Facie contemptuous”.

HC bench had contended that “Media trial not only runs counter to the Program Code framed under the Cable TV Act but also interferes with the criminal investigation by police”.The Court held that media reports interfering with a criminal investigation, before the initiation of the trial, can amount to interference with the administration of justice.