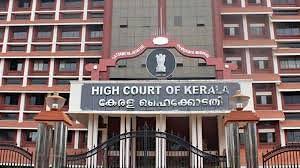 Flaws in the initial investigation, unskilled prosecution and also the passive involvement of the trial judge led to acquittal of all accused. The Kerala High Court ordered re-trial in the rape death case citing the above stated reasons. The ratio was laid down by J. A Hariprasad & J. M.R. Anitha in the case of State of Kerala Vs. Madhu & Ors., [CRL.A. No. 1357 of 2019].

There was a case of rape and death of two sisters, aged 13 and 9 years respectively, in Walayar in Kerala in 2017. The two sisters belonged to Schedule Caste community. The elder sister was found hanging in her house on January 17, 2017 and two months later the younger sister was found hanging in her house. The postmortem reports showed that both the girls were subjected to sexual assault. The autopsy report of the younger girl suggested the possibility of homicidal hanging. The police did not explore the angle of murder and in their final report against the four accused included charges of suicide, rape, unnatural sex under the IPC and POSCO Act. The police report further stated that the girls committed suicide due to intolerable sexual assault by the accused persons. The trial court acquitted the four accused and due to this the State Government filed an appeal against the acquittal.

The High Court set aside the judgment of the trial court and ordered a retrial of the case. Further the court was of the opinion that, “We are of the considered view that two important functionaries in the criminal trial have egregiously failed to perform their duties. Faulty initial investigation and slipshod prosecution throughout are the established reasons prompting us to find that the trial was an empty formality. Besides, lack of involvement by the trial Judge has also contributed to a great extent in not digging out the true facts. We are of the considered view that the appellate court cannot shirk its responsibility to interfere and set things right when it is established that the functionaries in a criminal trial unjustly failed to perform their assigned roles resulting in miscarriage of justice. We have no hesitation to hold in the facts and circumstances of the cases, as borne out from the records, that the accused cannot clinging on to the unmerited acquittals in the sham trials.”

Lastly the court was of the opinion that, “we are fully convinced that the perfunctory initial investigation and cursory, desultory and unskilled prosecution coupled with the lack of involvement by the trial Judge resulted in miscarriage of justice and the consequential unmerited acquittals in all these cases. Certainly, the fact situations in these cases reveal extraordinary circumstances requiring extraordinary remedies. Therefore, we have no hesitation to hold that trial in all the above Sessions Cases have been lowered to the level of mock trials.”