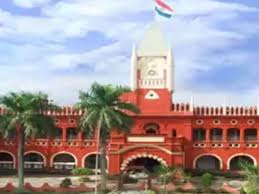 The victim tried to shift the entire blame on the Appellant as the perpetrator of the crime, to save her reputation among her family members and the society. The Orissa High Court acquitted the Appellant in a 30-year old case of attempt to rape. This ratio was laid down by J. S.K. Sahoo in the case of Sarughana Nag Vs. State of Odisha, [CRA No. 128 of 1990].

The brief facts of this case are that the victim’s brother allegedly caught the accused forcing himself on his sister while she was calling for help. As per the statement of the victim and few other witnesses the accused broke into the victim’s house at night, entered her room, disrobed her and made an attempt to rape her while she cried for help. The victim’s brother found the accused and her sister in a compromised position and so he assaulted the victim with firewood. Later, an FIR was filed against the accused and he was arrested. The trial court in this case convicted the accused under section 376/51, 354 & 457 of IPC and sentenced him 4 years of rigorous imprisonment. The Accused aggrieved by the Trial Court’s decision filed an appeal in the High Court.

The Single bench Judge of the High Court acquitted the Accused and set aside the judgment of the Trial Court on the basis that there was no medical evidence on the allegation of rape and the victim could not be considered as a ‘truthful witness’ as there were many discrepancies in her testimony. The Court observed that, “It is evident that the appellant had entered inside the room of the victim in the night but the victim’s conduct and her late reaction in raising shout probably on the arrival of P.W.2(her brother) make it clear that she was a consenting party and after having been caught red-handed with the appellant in a compromising position inside her bedroom in the night by P.W.2, the victim tried to put the entire blame upon the appellant as perpetrator of the crime, in order to save her own skin among her family members as well as in her society.” Further, on consent the court was of the opinion that, “Whether there was consent or not, is to be ascertained only on a careful study of all relevant circumstances. An inference as to consent can be drawn only basing on evidence or probabilities of the case. ‘Consent’ is stated to be an act of reason coupled with deliberation. It denotes an active will in the mind of a person to permit the doing of the act complained of. If the victim fails to offer sufficient resistance, the Court may find that there was no force or threat of force or the act was not against her will.”