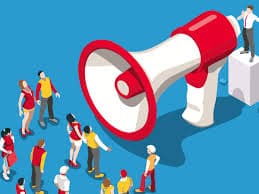 There is no assertion that any of the appellants have qualified both parts of A.M.I.E. Examination which is treated to be equivalent to the Engineering Degree. The appellants being only Diploma holders were promoted under Regulation 7(a)(ii) read with Regulation 10.4 of the Regulations. They had the opportunity to compete for direct recruitment after 12 years of service, which they never availed or remained unsuccessful. The appellants would have been entitled to claim parity with Kripal Singh Mangat and Raj Kumar Garg only if they were qualified and promoted against the posts reserved for those employees by direct recruitment. Consequently, the appellants cannot claim time bound promotion after completion of 9/16 years at par with Kirpal Singh Mangat and Raj Kumar Garg (junior to the appellants in the category of Assistant Engineer (Civil)) the Supreme Court held in Inderjit Singh Sodhi and others v. The Chairman, Punjab State Electricity Board and Another (SLP(C) No. 23877 OF 2014).

The appellants have claimed time bound promotional scale while working as Assistant Engineers. They were promoted to the said post from the post of Junior Engineer. The services of the appellants are governed by the Punjab State Electricity Board Service of Engineers (Civil) Regulations, 1965. However, The post of Assistant Engineer as per Regulation 7 is required to be filled up (1) by direct recruitment in terms of Regulation 9; (2) by promotion in terms of Regulation 10 or (3) by transfer of an officer already in services of a Government or another Government or Undertaking of the Government. The qualification required for direct recruitment under Regulation 9 is BE in Civil Engineering from a recognised institution or university. The Regulations further permit serving Section Officers who possess three- or four-years diploma in Civil Engineering and minimum 12 years qualifying service to apply for the post by way of direct recruitment. Regulation 10, provides for the promotion of the candidates with not less than 10 years’ experience subject to the condition that their number do not exceed 30 per cent of the total number of the cadre posts of the Assistant Engineers.

A Writ Petition No. 19306 of 2003, Krishan Kumar Vij v. State of Punjab was filed before the Punjab and Haryana High Court claiming time bound promotional scale. The writ petitioners were employed with Bhakra Beas Management Board. The said Board had adopted the Circular issued by Punjab State Electricity Board on 26.6.1992. The writ petition was allowed by the Division Bench of the High Court on 6.12.2004. The order of the High Court was however later set aside by this Court in a judgment reported as Bhakra Beas Management Board v. Krishan Kumar Vij & Anr (2010) 8 SCC 701.

The court was of the view that “We find that the appellants were promoted within 9 or 16 years from their initial appointment, therefore, they are not entitled to time bound promotional scale. Kirpal Singh Mangat and Raj Kumar Garg were appointed by direct recruitment as Assistant Engineer (Civil), whereas the appellants have been promoted to the post of Assistant Engineer (Civil). Hence, the Second Circular would not be applicable to them. The promotee employees are entitled to time bound promotion scale in terms of the First Circular only. Hence, the appellants are not entitled to claim any parity with Kirpal Singh Mangat and Raj Kumar Garg.”

Conclusively, the Supreme Court upheld the High Court’s judgement and the appeals were dismissed.