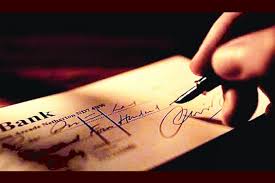 The appellate Court has over-looked the statutory presumption provided under Section 139 of the NI Act even though the accused adduced evidence he did not rebut the evidence of the complainant. The case of the complainant is probable than the case of the accused, the Karnataka High Court held in Mr. Muniraju v. M Nagaraju (Cr. Appeal No. 309/2011)

Learned counsel for complainant also submits that the appellate Court while acquitting the accused has come to a conclusion that the complainant has not obtained any documents while lending money. The fact that both are friends is not disputed. The defense, of the accused is that the cheque kept in the driving school was stolen and to that effect no probable evidence is available to believe the defence of the accused. And, at the same time the counsel contends that the accused do not dispute the cheque and the notice sent under certificate of posting was served on him and though notice sent through RPAD to the residential address and also to office address were returned, the accused did not choose to give any reply to the notice of the complainant. The accused has categorically admitted in the cross-examination that the address mentioned in the registered postal covers are correct and the same is not disputed

The main reliance was made on the case of case of RANGAPPA v. MOHAN AIR 2010 SC 1898 in order to draw presumption that the accused has not disputed his signature on the cheque and also no reply was given to the legal notice. Though the accused has been examined, the statutory presumption under Section 19 the NI Act has not been rebutted by the accused and also the admission on the part of DWI has not been considered by the appellate Court in a perspective manner contended that the appellate Court has committed a fundamental error in not considering the presumption and also held that the complainant was not having any source to lend money in favour of the accused is erroneous and hence, it requires interference by this Court. learned counsel for the respondent in spite of opportunity, did not choose to make his submissions.

Conclusively, the accused is directed to pay Rs, 1,00,000 to the complainant within eight weeks of date of judgement. And court found the accused the convict of offence punishable under section 138 of NI Act.