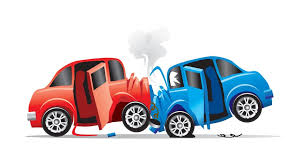 In cases where there are motor accidents involved and person suffers injuries due to the fault of the other person, the victim should be awarded adequate compensation considering his injuries and future grievances/loss. In case of no proof of income the guidelines and compensation fixed by the State’s Legal Authority should be granted. The Karnataka High Court held this in the case of Hussain Basha v. Panduranga & Ors., MFA. No. 102566 of 2018 (MV).

The facts of the case are the Petitioner sustained grievous injuries in a Motor Vehicle Accident in April 2016 near Ballari district due to rash and negligent driving by the driver of a tractor. As a result of the accident the Petitioner suffered serious injuries and his right was amputated up to the shoulder level. The Petitioner filed a claim for compensation of Rs. 76,50,000/- in the Tribunal. The tribunal considered the arguments and evidence and as there was no proof of income of the petitioner the tribunal considered his income to be of Rs. 7500/- per month and awarded a compensation of Rs. 16,64,500/- along with interest of 7% from date of petition till its realization. The Petitioner was aggrieved by the award and filed a Petition in the High Court seeking enhancement of compensation.

The High Court considered the contention of the Petitioner that before the accident he was a mechanic and earned an income of Rs. 15,000/- per month. The High Court also took notice of the fact that there was a disability of 90 % due to the accident. The High Court stated that the Tribunal erred in granting compensation to the Petitioner, if there is no proof of income the Tribunal should grant commission as per the amount fixed by the State’s Legal Authority. In this case the amount fixed by the Legal Authority was Rs. 8500/-. The court further relied on the case of Pappu Deo Yadav v. Naresh Kumar & Ors. (AIR 2020 SC 4424), in which a division bench stated that “a victim who suffers a permanent or temporary disability in an accident is entitled to compensation that covers aspects like pain, suffering and trauma, loss of income, including future earning, medical expenses and loss of expectations of life.” Considering the above stated case laws the court was of the opinion that a victim of motor accidents based on his injuries can be granted compensation for future losses. The Karnataka High Court in this case enhanced the sum that was decided by the Tribunal and awarded the Petitioner a sum of Rs. 24,11,600/- (Rs. 94,500/-, which is 90% of his annual income x 17 multiplier + 40% towards loss of future prospects + loss of pleasures of life and longevity and loss of beauty).