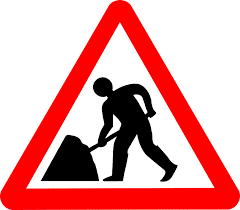 BBMP come to conclude after an enquiry that the petitioner who is still on probation, had in fact remained unauthorisedly absent, BBMP will be at liberty to pass appropriate orders in accordance with law and if the petitioner is able to prove that he was stopped from working, he shall be paid arrears of salary and other benefits if any, till the date of reinstatement in terms of this order, the Karnataka High Court held in Mr. Giriraj I. v. The Additional Commissioner(East) Bruhat Bengaluru and Ors.(W.P. No. 11076/2018)

The petitioner has filed a writ petition, and has sought for a direction by issuance of a writ in the nature of mandamus directing the respondents to permit the petitioner to report to duties and perform his work. The petitioner was appointed on compassionate grounds on 05.07.2014, on the death of his father, who died in harness, in the cadre of Second Division Assistant and was posted to the Office of the Health Officer of Bruhat Bengaluru Mahanagara Palike (the BBMP). The petitioner subsequently was transferred from the Health Department to the Revenue Department in the month of May, 2015 and subsequently to the fifth respondent BBMP Boys High School, Austin Town, Bengaluru on 06.05.2015.

The petitioner contended that, he reported to duties in terms of the order dated 06.05.2015 at the fifth respondent School but was not permitted to sign the Attendance Register or perform his duties on and from 02.12.2015. And, he was not allowed to perform the duties and allegation of the respondents – BBMP is that, he remained unauthorisedly absent. Simultaneously, the respondent argued that, though the petitioner reported to duties has remained intermittently unauthorised absent from 02.12.2015 and later did not report to duties at all.

The court held that, “the BBMP is at liberty to hold proceedings and arrive at a conclusion as to whether the petitioner was in fact not permitted to report to duties or he remained unauthorisedly absent by conducting an enquiry after affording reasonable opportunity to the petitioner.” The petitioner shall report to duties without awaiting any further orders from the respondent, before the Public Relation Officer at the head office of the BBMP on 02.12.2020 at 10.30 a.m. But, at the same time court directed that, the BBMP shall pass the appropriate orders within a period of three months from the date of receipt of a copy of the order.

And thus, the court disposed off the writ petition.