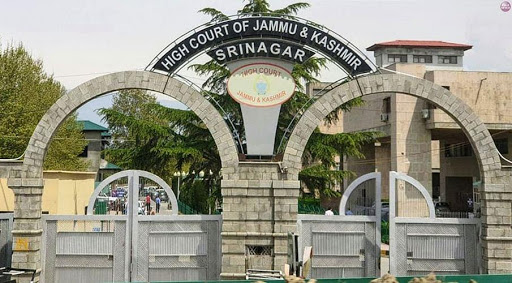 The wrong mention of Question Booklet number in the OMR sheet resulted in wrong evaluation by the computer for which the respondents cannot be held liable. This judgment was pronounced by the division bench of Jammu and Kashmir High Court at Srinagar consisting hon’ble Justice Sanjeev Kumar and Justice Rajnesh Oswal in the matter of Arshid Ahmad Allayee v. State of J&K and others, [LPASW NO. 113/2018].

The petitioner in the present writ petition alleged that he was maliciously kept out of zone of selection and claimed that he attempted more than 60 questions which were correct.  An online application was made open by the respondents for enlistment of Constables in IRP Battalion/Executive Police as per the arrangements of J&K Special Enlistment Rules, 2015, according to the District-wise/class shrewd separation gave in the Advertisement Notice. The litigant, who presented his online application, was assigned Roll no.1700297. The litigant in the wake of qualifying the actual estimation test sat in the composed assessment directed on eighth of October, 2017. The appealing party was given question booklet bearing no. 2905409 in the written examination.

The learned writ court observed that the error committed by the appellant was not trivial given the fact that the recruitment process was technologically driven with minimal human intervention. The wrong mention of Question Booklet number in the OMR sheet resulted in wrong evaluation by the computer for which the respondents cannot be held liable. Distinguishing the judgments relied upon by the learned counsel representing the appellant i.e. Khurshid Aijaz Vs. J&K BOPEE & Ors., 2016(1) S.L.J 248 (HC) and Gh. Hassan Ganai Vs. State of J&K & Ors, 2015(1) S.L.J 207, the Writ Court dismissed the petition, being meritless and vacated the interim direction issued by it on 26th of December, 2017.

The division bench of J&K High Court while upholding the observations made by the writ court relied upon The State of Tamil Nadu and others v. G. Hemalathaa & anr [CA No. 6669/2019] where the court rejected the plea of a candidate who had committed mistake and had acted contrary to the mandatory instructions of signing the OMR sheets and stated that in view of the settled legal position on the point in issue, we are left with no option but to agree with the view taken by the Writ Court, which view, as stated above, is in consonance with law laid down by the Supreme Court. Accordingly, we find no merit in this appeal and the same is dismissed.