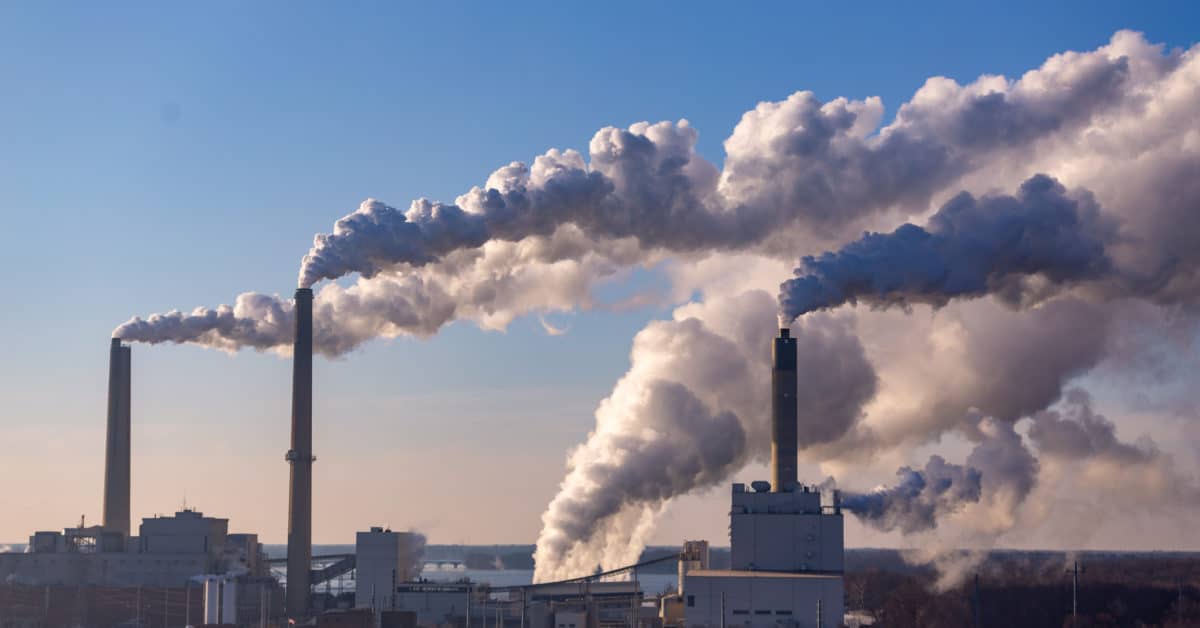 India has seen significant improvement in the quality of air due to the nationwide lockdown. According to reports, there has been a 15 percent reduction in nitrogen-dioxide (NO2) concentration levels around March and April, the major reason being drastic fall in the vehicular traffic in the country[1]. A similar trend was observed in the fall of levels of SO2. Both NO2 and SO2 are precursor pollutants that lead to the generation of secondary PM2.5[2], and so reductions in concentrations of these pollutants is a welcome trend.  But because PM2.5 is also emitted directly from combustion of fossil fuels and biomass, and natural dust contributes to its levels, it is important to also consider impact on PM2.5 concentrations in addition.  Thus, it can be safely said that the lock down has also reduced PM2.5 levels in most cities.

Although the lockdown due to COVID-19 has brought us relief in form of reduced pollution, the surgical masks being used and their disposition have turned out to be a major issue. The surgical masks are essentially plastic and take years to decompose and at the same time choke rivers and other water bodies they are thrown into.

In 1981, the Air (Prevention and Control of Pollution) Act was introduced with the following aims-

Further, in December 1984, the Bhopal Gas Tragedy took place which killed several people instantly and left several of them with permanent injuries that have passed down the generations, due to the leaking of Methyl Isocyanate and Alpha Naphthol[5] gases. In India, environmental law gained importance after a PIL was filed which later famously came to be known as the case of MC Mehta v Union of India[6]. As a country we realized the need for more stringent rules in terms of preservation and regulation of the environment.

Despite several environmental legislations being in place, we still continue to face severe air pollutions in various parts of the country. The next part will discuss a new committee set up specifically for curbing air pollution in the capital.

In light of the decreasing air quality in the NCT of Delhi, the Ministry of Environment, headed by Mr. Prakash Javadekar has announced “The Commission for Air Quality Management in National Capital Region and Adjoining Area Ordinance, 2020” for better co-ordination, research, identification and resolution of problems surrounding the air quality index and matter connected.

The commission replaces the Environment Pollution Control Authority (hereinafter, EPCA) which was formed 22 years ago under the Environment (Protection) Act, 1986 in order to work towards the Graded Response Action Plan (GRAP) in the National capital of Delhi. The EPCA was empowered with rights to issue directions in writing to any person, officer or authority as well as the right to take action against accused by way of a criminal trial under section of the Act[8]. The last committee of the EPCA reconstituted in 2018 consisted of 20 members, headed by Mr. Bhure Lal. The EPCA while in force, took several remarkable decisions for instance, conversion of public transport to CNG in 1998, regulation of old vehicles and trucks to curb emission, drastic reduction in the use of polluting fuels like pet coke and furnace oil from industries. The newly formed commission will constitute a variety of members for instance, members of the Central Pollution Board, ministry of petroleum, agriculture and other associated ministries etc.

Under section 12 of the Act[9], the committee will take appropriate steps to curb the menace of air pollution with the following aims-

(i) restricting activities that are likely to reduce the quality of air in NCR and even adjoining areas.

(ii) investigating and conducting research by taking air samples from factories or other premises to ensure that their emissions do not further degrade the air quality.

(iii) preparing codes and issuing directions that will be binding on the concerned person or authority flouting the environmental norms.

(iv) in case any individual/ organisation has been caught flouting norms, the commission also has the power to take Suo moto cognizance of such cases.

(v) the commission will not only be set up to levy penalties on defaulters but also, be instrumental in providing for alternatives of usual practices to maintain air quality and means to implement the same.[10]

The commission will be comprising of members and ex officio members. The members will as follow-

(iii) three persons affiliated with knowledge and expertise related to  air pollution who will act as independent technical members,

The ex-officio members shall include-

(i) representatives from the central government and concerned state governments and

ii) members from CPCB, Indian Space Research Organization (ISRO), and NITI Aayog to impart their knowledge and experience, relating to the environment. Furthermore, the Commission has also been empowered to appoint representatives of certain other ministries whose opinions might be valuable while making decisions relating to the environment, as associate members[11].

(i) Ministry of Commerce and Industry,

(ii) Ministry of Road Transport and Highways, and

(iii) Ministry of Science and Technology.

In order for the commission to carry put its objectives in a systematic manner, it is mandated under section 11 of the Act[12] to form the following three sub-committees, at the least-

(i) sub-committee on monitoring and identification, headed by a member of the commission.

(ii) sub-committee on safeguarding and enforcement, headed by a chairperson of the commission.

(iii) sub-committee on research and development, headed by a technical member of the commission.

It may form additional committees to as and when required, the above mentioned three are essential for the working of the committee.[13]

The Commission will be the sole authority with jurisdiction over matters defined in the Ordinance (such as air quality management).  In case of any conflict, the orders or directions of the Commission will prevail over the orders of the state governments (of Delhi, Haryana, Punjab, Rajasthan, and Uttar Pradesh), the Central Pollution Control Board (CPCB), state PCBs, and state-level statutory bodies.

The steps taken in the formation of the commission, the roles assigned to it and powers given to it are commendable and also the need of the hour. As things go back to normal with the lockdown being lifted, it is only going to decrease air quality due to vehicular movement, emissions from factories and not to forget the festival of Diwali. Thus, we can be hopeful that this commission will be successful in curbing the menace of poor air quality.The government might have done a good job at brining the environmental legislations in place and guaranteeing the right to a healthy and safe environment under the Constitution of India, but their implementation still remains a severe issue. A Report of the UN Environment found that, “Despite a 38-fold increase in environmental laws put in place since 1972, failure to fully implement and enforce these laws is one of the greatest challenges to mitigating climate change, reducing pollution and preventing widespread species and habitat loss”[14]

[4] Nidhi Garg, All about Air (Prevention And Control Of Pollution) Act, 1981, LATESTLAWS, https://www.latestlaws.com/articles/all-about-air-prevention-and-control-of-pollution-act-1981-by-nidhi-garg/.

[5] Bhopal to Vizag – A jurisprudential analysis of the tortious liability for companies, SCC ONLINE, https://www.scconline.com/blog/post/tag/bhopal-gas-tragedy/.

[7] Ordinance Passed To Constitute A Commission To Control Air Pollution In The National Capital Region (NCR) And Adjoining States, https://www.mondaq.com/india/clean-air-pollution/1003864/ordinance-passed-to-constitute-a-commission-to-control-air-pollution-in-the-national-capital-region-ncr-and-adjoining-states

(1) The Central Government may, by notification in the Official Gazette,

(a) establish one or more environmental laboratories;

(2) The Central Government may, by notification in the Official Gazette, make rules specifying

(a) the functions of the environmental laboratory;

(b) the procedure for the submission to the said laboratory of samples of air, water, soil or other substance for analysis or tests, the form of the laboratory report thereon and the fees payable for such report;

(c) such other matters as may be necessary or expedient to enable that laboratory to carry out its functions.

(1) The Central Government or any officer empowered by it in this behalf, shall have power to take, for the purpose of analysis, samples of air, water, soil or other substance from any factory, premises or other place in such manner as may be prescribed.

(2) The result of any analysis of a sample taken under sub-section (1) shall not be admissible in evidence in any legal proceeding unless the provisions of sub-sections (3) and (4) are complied with.

(a) serve on the occupier or his agent or person in charge of the place, a notice, then and there, in such form as may be prescribed, of his intention to have it so analysed;

(b) in the presence of the occupier or his agent or person, collect a sample for analysis;

(c) cause the sample to be placed in a container or containers which shall be marked and sealed and shall also be signed both by the person taking the sample and the occupier or his agent or person;

(d) send without delay, the container or the containers to the laboratory established or recognised by the Central Government under section 12.

(4) When a sample is taken for analysis under sub-section (1) and the person taking the sample serves on the occupier or his agent or person, a notice under clause (a) of sub-section (3), then,

and the container or containers shall be sent without delay by the person taking the sample for analysis to the laboratory established or recognised under section 12 and such person shall inform the Government Analyst appointed or recognised under section 13 in writing, about the wilful absence of the occupier or his agent or person, or, as the case may be, his refusal to sign the container or containers.