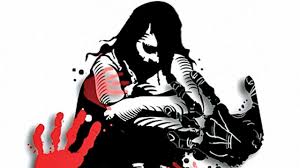 In the case of Ajit Kumar v. The State of Bihar, (Criminal Appeal (DB) No. 888 of 2018), the Patna High Court releases the accused who was sentenced to death by the Trial court for the commission of crimes like murder and rape, on the ground that the Trial Court’s approach which had adopted was “casual and perfunctory in nature, unmindful of the consequences of the decision which when implemented becomes irrevocable and irreversible”.

The facts of the case start on a very grievous note. The accused Ajit Kumar and Vishal Kumar enticed and kidnapped the prosecutrix (hereinafter referred to as ‘the deceased’), who was a minor girl, from the guardianship of her parents residing in Village Pipra (Bihar) and took her first to Patna (Bihar) and then to Vadodara (Gujarat) where she was subjected to gang rape and burnt to death. The accused Ajit Kumar stood convicted for committing an offence punishable under Sections 363, 366A, 120B, 302, 376(D) of the Indian Penal Code and Section 6(g) of the Protection of Children from Sexual Offences Act, 2012 (hereinafter referred to as “POCSO Act, 2012). Thus seeing the nature of an offence under Section 302 I.P.C., the accused was sentenced to be hanged by the neck till his death. The Trial Court stated that no separate sentence about the other crimes stands passed. Thus the accused moved the High Court of Patna in appeal.

The judges in the case held that the principles over which Judicial decision had been developed over the years. These principles are “rarest of the rare cases, Judicial discretion on sentencing must be accompanied by application of judicial mind, and governed by rule of law, the judgment must be supported by special reasons,  Balancing of aggravating and mitigating circumstances, Weightage to every relevant circumstance relating to the crime and the criminal, Residual doubt becomes a mitigating circumstance, more so, for cases based on circumstantial evidence, Judicial approach must be cautious, circumspect and careful. Court must exercise prudence, and each court from Sessions court to the Supreme Court – must peruse and analyze facts of the case at hand and reach independent conclusion, Sessions court, in particular, must rigorously apply the rarest of rare case principle, Principle of retribution,   Doctrine of rehabilitation, and The court must not be an oracle of the public opinion and recognize limits to judicial power.”

The court finally held that “What is the basis of his conclusion of the case being the rarest of rare cases is not discussed. What are the special reasons for grant of capital punishment; whether there were any mitigating circumstances; what was the mental state, motive, or the brutality of the crime were never thought of much less considered by the learned trial judge. The approach adopted is casual and perfunctory in nature, unmindful of the consequences of the decision which when implemented becomes irrevocable and irreversible.”

“We are unable to persuade ourselves to agree with the Trial Judge, either on the sentence of awarding death penalty or applying the principles of sentencing. The sentence for each one of the offences was required to be pronounced which, perhaps Trial Judge forgot to do so.”

“The Death Reference is answered accordingly. For all the aforesaid reasons, we allow the appeal filed by accused Ajit Kumar and set aside the judgment of conviction dated 25th June 2018 and order of sentence dated 30th June 2018 passed in Manjhagarh P.S. Case No.67 of 2017 (C.I.S. no.177 of 2017) by the learned 1st Additional Sessions Judge, Gopalganj (Bihar).”

“The accused Ajit Kumar is in jail. He be released forthwith unless required in any other case. Registrar (List) shall ensure the communication of the judgment to all concerned, also by an electronic mode. Equally, learned counsel for the State is directed to do so.”

Thus the accused was released.