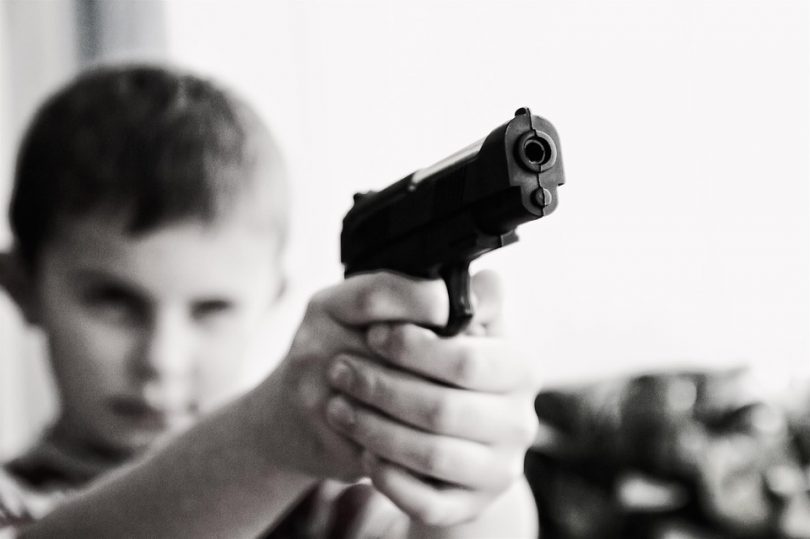 In the case of Satya Deo @ Bhoorey v. State of Uttar Pradesh (Criminal Appeal No. 860 Of 2019), the Supreme Court by the judgment dated 07-10-2020, quashed the life sentence in a four-decade-old murder case, stating that the accused was a juvenile at the time of the occurrence. The judges, in this case, were Justice S. Abdul Nazeer and Sanjiv Khanna.

The facts of the case state that Satya Deo and others were convicted by the trial court. By the order dated 17.08.2018, the Special Leave Petition was filed which challenged the judgment dated 20.4.2018 of the Lucknow Bench of the Allahabad High Court, was filed by Keshav Ram and Ram Kuber was dismissed, even though in the case of co-accused Satya [email protected] Bhoorey, notice was issued on the plea of juvenility. However, the impugned judgment had confirmed the conviction of Keshav Ram, Ram Kuber, and Satya Deo by the trial court in FIR No. 156/1981 dated 11.12.1981 Police Station Gilaula, Distt. Bahraich, Uttar Pradesh for the offence under Section 302 read with section 34 of the Indian Penal Code, 1860 (‘IPC’ for short) and the order of sentence which directed them to undergo imprisonment for life.

However, by the order dated 22.11.2019 the trial court was directed to conduct an inquiry to ascertain if Satya Deo was a juvenile on the date of occurrence i.e. 11.12.1981, on the basis of material which was placed on record. Thus as per the finding it was stated by the First Additional District and Sessions Judge, Bahraich has observed that Satya Deo was not a juvenile as per the Juvenile Justice Act, 1986 (1986 Act) as he was more than 16 year of age on the date of commission of the offence i.e. 11.12.1981.

In the case of “Pratap Singh v. State of Jharkhand and Another the Constitution Bench formulated two points for decision, namely: “(a) Whether the date of occurrence will be the reckoning date for determining the age of the alleged offender as juvenile offender or the date when he is produced in the court/competent authority. (b) Whether the Act of 2000 will be applicable in the case a proceeding is initiated under the 1986 Act and pending when the Act of 2000 was enforced with effect from 1-4-2001.” On the second question, the Constitution Bench held that the 2000 Act would be applicable in a pending proceeding instituted under the 1986 Act in any court or authority, if the person had not completed eighteen years of age as on 1st April 2001, when the 2000 Act came into force. On the first question, it was held that the reckoning date for the determination of the age of the juvenile is the date of the offence and not the date when he is produced before the authority or in a court. Consequently, the 2000 Act would have prospective effect and not retrospective effect except in cases where the person had not completed the age of eighteen years on the date of commencement of the 2000 Act. Other pending cases would be governed by the provisions of the 1986 Act.”

“The court had relied on the decisions of Gaurav Kumar @ Monu v. State of Haryana10, which was relied upon by the learned counsel for the state is of no avail as this decision is on interpretation and application of Rule 12 of the Juvenile Justice (Care and Protection of Children) Rules, 2007, for the procedure to be followed in determination of age. The procedure adopted by the learned District and Sessions Judge is not challenged and questioned before us. We would again record that Satya Deo was less than 18 years of age on the date of commission of offence and this remains undisputed and unchallenged.”

Thus the court held that the “Following the aforesaid ratio and the legal position elucidated above, while we uphold the conviction of Satya Deo, we would set aside the sentence of life imprisonment. We would remit the matter to the jurisdiction of the Board for passing appropriate order/directions under Section 15 of the 2000 Act including the question of determination and payment of appropriate quantum of fine and the compensation to be awarded to the family of the deceased. We make no affirmative or negative comments either way on the order/direction under Section 15 of the 2000 Act. 22. We would, accordingly, direct the jail authorities to produce Satya Deo before the Board within seven days from the date of receipt of a copy of this judgment. The Board shall then pass appropriate order regarding detention and custody and proceed thereafter to pass order/directions under the 2000 Act. The appeal filed by the Satya Deo is partly allowed in the aforesaid terms and all the pending application are disposed of.”