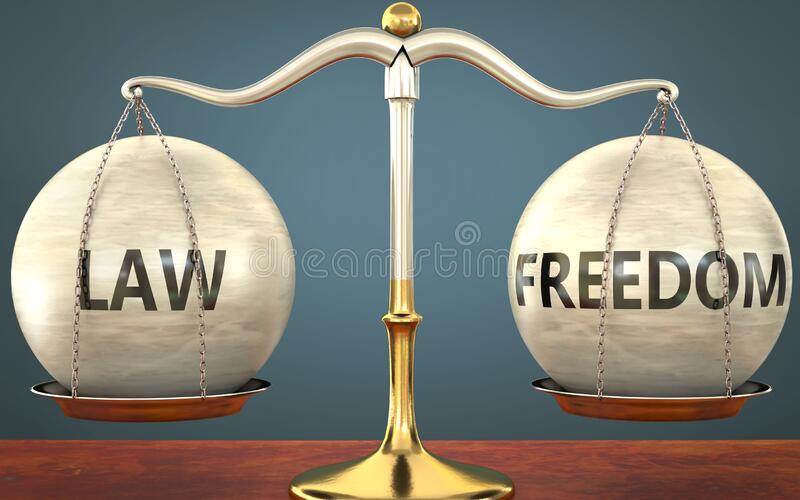 “If liberty means anything at all, it means the right to tell people what they do not want to hear.”

Free Speech in legal terms means, the legal right to openly express or seek ideas and opinions without fear of censure or legal repercussions Individuals have the right to express themselves in whichever way they want as part of their freedom of expression, which includes freedom of speech. Freedom of speech is one of the most important cornerstones of the democratic process, and it must be protected if we are to live in a society that is fair and equal for all. Failure to do so undermines democracy. Every time you publish a news piece on your social media channel, go to a rally or write to your local legislator about an issue that is important to you, you are exercising your right to free speech. The essence of free speech is that it molds and shapes public opinion, helps to bring about healthy discussions and discourses, aids in the better exchange of ideas and opinions, serves as a forum for debate and effective decision-making, and, in general, helps to develop stronger democratic institutions. In fact, many consider freedom of speech as an antidote against ignorance and corruption.

Article 19 of the Universal Declaration of Human rights states that everyone has the freedom to openly express their thoughts in whichever way they see fit. So, even the United Nations understands the importance of having free speech in the world. If so, why should it ever be restricted? Why should our voice be shut? In this article, we will try to find these answers.

HISTORY OF FREE SPEECH IN INDIA

One of the essential reasons for curtailing freedom of Speech is the fear of Sedition. This came as early as 1891 when Yogendra Chandra Bose was prosecuted. Bose, the editor of the Bang Obasi newspaper, authored an article denouncing the Age of Consent Bill for endangering religion and fostering a co-receive relationship with Indians. His article also addressed the harmful economic consequences of British colonialism. Bose was charged with breaching the bounds of acceptable criticism and stirring religious emotions. The judge rejected the defense’s claim that his article made no mention of revolt.

However, the charges against Bose were withdrawn after he apologized. Tilak, Bal Gangadhar Ironically, Indian nationalist leaders were involved in some of the most renowned sedition trials of the late nineteenth and early twentieth centuries. The most well-known of these is Bal Gangadhar Tilak’s three sedition trials, which were closely watched by his followers both nationally and internationally.

The infamous criticism awarded towards the restraining freedom of speech by a democratic nation is the imperialism ideology that only a colonial regime needs to fear the idea of free speech and expression and not the nation built in the roots of democracy.

The Constitution of India Bill, 1895, is the first document that contains such a freedom of speech provision: it granted citizens the right to free speech but made them “accountable for abuses which they may commit in the exercise of this right, in cases and in the manner determined by the Parliament.”

The terms ‘public order’ and morality,’ which are employed in the Indian Constitution to limit freedom of expression, were first introduced in the Commonwealth of India Bill, of 1925. Almost all subsequent historical constitutions (except M.N. Roy’s Constitution of Free India, which guaranteed freedom of speech to all except ‘enemies of the people) used ‘public order’ and morality as staple restrictions in their articulations of a right to freedom of speech; these included: the Nehru Report, 1928, Karachi Resolution, 1931, Gandhian Constitution for Free India, 1946, States and Minorities, 1945, and the Socialist Draft Constitution, 1948.

Interestingly, ‘public order’ was reinstated as a restriction on freedom of speech through the First Amendment to the Constitution in 1951, a little more than a year after the Constitution went into effect.

Looking through key papers from India’s constitutional history reveals that freedom of expression was never seen as an absolute right. Furthermore, there is a perpetual tension between the goals of balancing people’s freedom of expression with considerations of how to avoid situations originating from the abuse of the right. This was especially evident throughout the formulation of India’s constitution and the years immediately after it, when limits were deleted, reinstalled, and new restrictions were added to the constitutional wording.

THE LEGALITY OF FREE SPEECH IN INDIA:

Article 19 of the Indian Constitution grants its citizens the Freedom of Speech, but the freedom given to the citizens is restricted and curtailed by inserting the provision Article 19(2). Article 19(2) states that the rights granted can be reasonably restricted in the larger interests of the sovereign, security of the state, friendly relationship with foreign nations, public order, decency, or morality, contempt of court, defamation, or incitement of offense.

There are no separate legislations passed by the parliament that gives us separate provisions for enforcing our freedom of speech, but all we have are the judicial precedence and the law of the constitution and if the state unreasonably curtails this freedom, the aggrieved citizen can move directly to the supreme court and enforce their rights.

NEED FOR CURTAILING THE FREEDOM OF SPEECH.

To answer all these questions, Firstly, we need to ask ourselves, does our freedom of speech give us the right to hurt, insult, or have a negative effect on others through our speech or expression? The answer would probably be ‘no’. Hence, the state makes limitations for curtailing such speech or expressions such as hate speech, defamatory articles or statements, etc.

Secondly, especially in a county like India where the nationalist movement was highly influenced by the independence struggle, the idea of ‘nation first’ was incorporated into the minds of everyone. This isn’t quite new as is quite common in most parts of the world, where the state is justified to protect the nation from threats and aggressions inside or outside the country.

PROTECTION FROM THE SUPREME COURT.

Now that we have understood the common justifications for curtailing our freedom of free speech. Can the government call every policy that curtails our freedom of speech as a matter of national interest or security and completely take our fundamental right?

In the following Cases, the Supreme Court has upheld the fundamental right to freedom of speech:

Though we have the freedom of Speech as an inalienable right and can be enforced through the constitution, even with the intervention of the Supreme Court as the guardian of our rights and our protector India was still ranked 150th out of 180 stated in the World Press Freedom Index. Though the center has rejected the findings of the world forum, in reality, what does it tells us about the idea of freedom of speech in the country? Does curtailing the freedom of Speech have a high negative impact on our lives? Or do we not exercise our Freedom of Speech as the antidote against ignorance at all?

I leave the floor to you to come up with your answers.