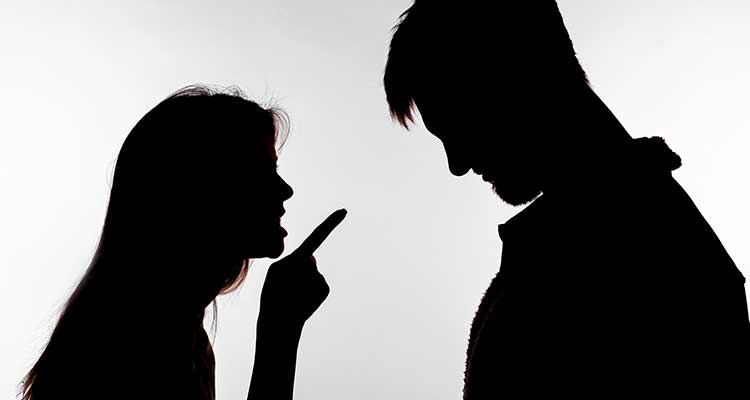 The Madras High Court has held that proceedings under the Protection of Women from Domestic Violence Act, though before a Magistrate, are civil in nature and could be transferred to the family court with the victim’s consent. The matter was between P. Ganesan v. M.Revathy Prema Rubarani (C.R.P.PD(MD) No.909 of 2021) and was presided over by Hon’ble Mr. Justice M. Duraiswamy and Hon’ble Mr. Justice Sunder Mohan.

Civil revision petition was filed under Article 227 of Constitution to call for records pertaining to the petition in DVC No.26 of 2020 on the file of the against the Judicial Magistrate No.1, Tirunelveli and set aside the same and consequently allow this Revision.

QUESTIONS TO BE ANSWERED:

The main questions sought to be answered through the reference were:

i) Whether the proceedings initiated under the provisions of the Protection of Women from Domestic Violence Act before the Magistrate Courts are Civil proceedings or Criminal proceedings?

(ii) Assuming that the proceedings are civil in nature, whether the High Court can exercise its power under Section 482 of Cr.P.C, in respect of the said proceedings?

(iii) Whether the provisions of Section 468 of Cr. P.C, are applicable for the proceedings initiated under the Domestic Violence Act?

(iv) Assuming that Section 468 Cr. P.C, is not applicable, what is the period of limitation for initiating the proceedings under the Domestic Violence Act?

(v) Whether the proceedings initiated under the Domestic Violence Act and pending before the Magistrate Court can be transferred to Civil Court or Family Court, by invoking Article 227 of the Constitution of India?

Both the judges held contrary views on this particular issue. The Supreme Court’s ruling in the case of Kunapareddy v. Kunapareddy Swarna Kumari, where it was explicitly stated that procedures under Chapter IV of the Domestic Violence Act are of a civil character, the division bench claimed that the issue had previously been resolved.

The Statement of Objects and Reasons, which demonstrates the legislature’s unambiguous desire to enact the Act, was examined further by the court. The Act was created with the intention of giving domestic abuse victims access to civil remedies.

The court noted that in order to exercise the power under Section 482, the case must either be pending before the Criminal Court or be the basis for the exercise of a power by the Court under the Code of Criminal Procedure. This is in reference to the second issue, which the division bench ultimately decided to address.

The court determined that even though the magistrate using the Domestic Violence Act’s powers wasn’t a criminal court, they were still being used in accordance with Section 28 (1) of the Act.

Therefore, even if the reliefs he granted were of a civil character, the Magistrate was a “Criminal Court” operating in accordance with the Code of Criminal Procedure while handling an application under Section 12 of the Domestic Violence Act. As a result, the court determined that a Section 482 CrPC petition can be maintained in Domestic Violence Act proceedings.

With respect to the third question the hon’ble court mentioned the position of the Apex Court in the  Kamatchi v. Lakshmi Narayanan where it was held that Section 468 of CrPC has no application in respect of proceedings initiated under Section 12 of the Domestic Violence Act.

Regarding the fourth point, the court noted that there is no time restriction specified for the proceedings under the DV Act. The majority of the behaviours listed in Section 3 of the Act are ongoing civil crimes or ongoing civil wrongs.

According to Section 22 of the Limitation Act, a new period of limitation begins to run in cases of continuing torts at the beginning of each new period of time that the tort continues. Section 472 of the CrPC has a similar clause. In light of this, the court concluded that the restriction would not apply in these situations as long as the wrongs or offences persist.

The court also stated that the Magistrate is free to take the delay or delays into account while considering the facts in cases where the precise date of the conduct of the crime or civil wrong can be determined or where the ongoing crime has ended on a certain date.

Finally, with respect to the fifth issue the hon’ble judges had conflicting views. However, the court opined that while the Domestic Violence Act’s procedures are civil in character, they may also be heard by the Family Court. However, it was also important to consider the purpose for which the Act was created as well as why the Parliament deemed it appropriate to give the Magistrate authority and follow the CrPC’s procedure for providing reliefs of a civil character.

The court concluded that the Domestic Violence Act’s civil rights enforcement mechanism is intended to be distinct from the civil procedure used by civil courts to get the same remedies. The Domestic Violence Act gave the victim a benefit when the Magistrate resolved the application by using the criminal process. A judicial order moving the matter to a civil court could not take away this benefit. The division bench further noted that the Family Courts could not employ the powers of the Magistrate in cases involving domestic violence unless the enactment granted them jurisdiction to do so. Without such authority, the Legislature’s aim would be undermined if the case was moved from the Magistrate to the Family Court or another Civil Court.

The court finally came to the conclusion that while the aggrieved party might request a transfer of the proceedings, the respondent could not.