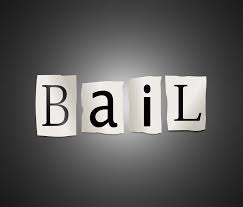 FACTS OF THE CASE
This is the applicant’s IXth bail application filed under Section 439 of Cr.P.C. The applicant is implicated in connection with Crime No.124/2018 registered at Police Station- Pipliyamandi, District- Mandsaur MP) for offence punishable under Sections 8/15, 29 of the NDPS Act. The applicant is in custody since 16.05.2018. Applicant’s earlier bail applications have already been dismissed by this Court either as withdrawn or on merit considering the fact that 90 Kg. of Poppy Straw has been seized from his possession. Counsel for the applicant has submitted that although the earlier applications have been dismissed on merits however, until now the applicant has never raised the ground of improper sampling of the contraband. It is further submitted that the aforesaid contraband, i.e., 90 Kg. of Poppy Straw seized from the present applicant was kept in four bags, out of which, three bags weighed 24 Kg each of Poppy Straw and one bag had of 18 kgs of Poppy Straw. It is submitted that admittedly, the contents of the four bags were mixed together on a canvas and after mixing the same homogeneously, two samples each of 500 grams were taken out from it. Thus, it is submitted that when the samples were not taken out from each of such bags and sent separately for their test, it cannot be said that all the bags seized from the present applicant contained Poppy Straw.

JUDGEMENT
In this case, it is true that the earlier bail applications of the applicant have already been dismissed on merits, however, the aspect of sampling has never been considered by this Court, which goes to the root of the matter, hence, the application is considered on merits. It is not in dispute that the samples of the contraband were taken only after the contents of four bags seized from the possession of the present applicant were mixed together. Thus, it cannot be ascertained if the Poppy Straw was kept in one or two or more bags and even assuming that Poppy straw was kept in one bag, weighing 24 or 18 Kg, the mixing of all the bags together would also lead to the positive report of the narcotic drug. The applicant is directed to be released on bail upon furnishing a personal bond in the sum of Rs.1,00,000/- (Rupees One Lac. only) with one solvent surety of the like amount to the satisfaction of the trial Court for his/her regular appearance before the trial Court during trial with a condition that he / she shall remain present before the court concerned during trial and shall also abide by the conditions enumerated under Section 437 (3) Criminal Procedure Code, 1973. It is also observed that after his release on bail, if the applicant is found in any criminal activities, the learned Judge of the trial court shall, after giving an opportunity of hearing to the applicant, be at liberty to cancel this bail order without further reference to this Court.
PRIME LEGAL is a full-service law firm that has won a National Award and has more than 20 years of experience in an array of sectors and practice areas. Prime legal fall into the category of best law firm, best lawyer, best family lawyer, best divorce lawyer, best divorce law firm, best criminal lawyer, best criminal law firm, best consumer lawyer, best civil lawyer.