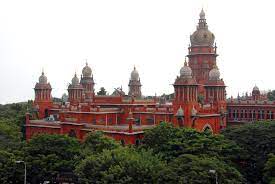 A case may rest squarely on the circumstantial evidence : high court of Calcutta

It is well settled proposition of law that where the cases rests squarely on the circumstantial evidence the interference of guilt can be justified only when all the incriminating facts and circumstances are found to be incompatible with the innocence of the accused. The chain of circumstance should be of a conclusive nature and and must be complete and most clearly point out to the guilt of the accused, was upheld by the High Court Of Calcutta, by the learned bench of Honourable Justice Debashish Kar Gupta and Honourable Just Md. Mumtaz Khan in the case Safiqul Islam V. The State Of West Bengal, CRA No. 184 of 2013.

On 25.05.2011 at 8.15 hours Gopal Barman lodged a written complaint at the Kotwali Police station to the effect that on 24.05.2011, his younger brother Ratan Barman (victim) at about 10.30 p.m., after taking dinner as usual, left his house to sleep at Food Supply Office and on the next day, at about 6.30 a.m. an information was received that the dead body of his younger brother was lying at Lichutala. He then rushed to the place and found the dead body of his younger brother lying there with severe cut and bleeding injuries and it was his firm belief that Safiqul Islam/ appellant had murdered his brother.

On receipt of the above written complaint, The police started Kotwali P.S. Case No. 300/2011 dated 25.05.2011 under Section 302 I.P.C. against this appellant and endorsed the case for investigation to the same police station who then investigated the same and on his transfer handed over the case diary to respective police station who then after completion of investigation submitted charge sheet being No. 419/12 dated 30.06.2012 under Section 302 I.P.C. against this appellant. This case was then committed to the court of Sessions Judge, Cooch Behar who then transferred the case to the court of Additional Sessions Judge, (newly created) Cooch Behar for trial. Thereafter charge under Section 302 IPC was framed against this appellant on 01.12.2012 who then pleaded not guilty to the charge and claim to be tried, hence the trial proceeded.

It is submitted by the Ld. Advocate appearing on behalf of the appellant that there was no eye witness to the incident in question and the entire case was based on circumstantial evidence and the circumstances from which the conclusion of guilt had been drawn had not been fully established and as such the impugned judgement and order of conviction and sentence passed by the ld. Court below is liable to be set aside.

The court held that there was no evidence on record that appellant absconded after the incident. Even the I.O. had not stated that after the incident he attempted to apprehend the appellant but he absconded. The court also found that there is also nothing in the record that in order to apprehend the appellant warrant of arrest and/or proclamation had to be issued. According to I.O. on 03.6.11 he apprehended appellant and produced him before court. Memo of arrest also shows that appellant was arrested from his house. Further more the high court found that even no such question was put to the appellant during his examination under section 313 Cr.P.C. thereby giving him any chance of explanation. Under the circumstances the high Court below is not justified in holding that after the incident appellant absconded from the place. Moreover mere absconding by itself does not necessarily lead to a firm conclusion of guilt of mind unless corroborated from other circumstances. In the instant case thus, the court established  that the circumstances from which the conclusion of guilt is to be drawn have not been fully established.