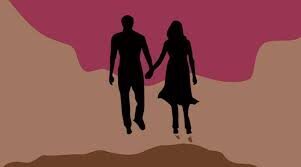 The conduct of the accused subsequent to the granting of bail is an important factor while considering any application for cancellation of bail : Calcutta High courtClick here to view the judgement

In Criminal Miscellaneous cases it is not fair to snatch away the liberty that is granted to the accused persons by cancellation of the bail that is granted to them especially when when reported that the accused have not misused the liberty in any way, is upheld by the high court of Calcutta through the learned bench of session judge, Howrah in the case of Md. Raju V Md. Tobrej & Others (B.A. No. 8191/ 2013).

The petitioner Md. Raju stated that on 05.02.2013 around 2 p.m his brother, Md. Arju was confined in front of their house by the accused and afterward assaulted Md. Arju with  deadly weapons such as chopper, sword, etc and thus Md.Raju filed a case of murder on 05.02.2013 of his brother who is the victim of the case.

The accused file for an anticipatory bail immediately. The investigation started immediately after the the case was filed and the witnesses were also examined the exact same day. But two different versions of story came out while the witnesses were examined. The witnesses who were close to the victim did state that the victim was murdered by the accused persons named in the FIR but on the other hand the other hand some witnesses of the locality alleged that the deceased was lynched by the mob since he was causing nuisance in the vicinity for a long period of time.

Since there was no as such progress in the case the anticipatory bail was granted to the accused persons mentioned in the FIR by the learned sessions judge Howrah on the reason that victim might have been killed by the local mob. However the said anticipatory bail was cancelled by the high court after an application filed by the petitioner under section 439 (2) Cr.P.C and prayed for cancellation of the anticipatory bail. Again thereafter a considerable period of time the bail was granted under section 439 Cr. P. C. Finally the regular bail was granted to them after a detention of 51 days and on the ground that further detention was not needed for any fruitful purpose since most part of the investigation was conducted in the very beginning and no major progress was reported later. The petitioner however kept challenging the said order of the learned session judge, Howrah with the prayer for cancellation of the bail.

Ever since the bail granted to the accused on 06.06.2013 there has been no adverse report suggesting any kind of misuse of liberty and the question of the safety and security of the petitioner has been concerned and addressed in the writ petition no. 14796(W) 2013. In view of such facts and circumstances it would not be wise or fair to take away the freedom that has been given to the accused persons by cancelling their bail.

Thus the court ruled that bail once granted can be cancelled if and when it is found that the accused after being released on bail abuses the liberties given to him. In other words, the conduct of the accused subsequent to the granting of the bail is an important factor while considering any application for cancellation of the bail.