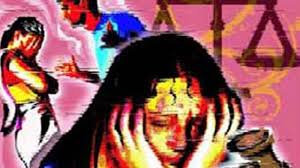 According to the Calcutta High Court, it is impossible for witnesses like neighbours to say whether the victim housewife was tortured inside the four walls of the matrimonial home or not. As a result, the court upheld the conviction of the husband for the commission of the dowry death offence under Section 304B of the IPC.

Honourable Justice Bivas Pattanayak and Honourable Justice Joymalya Bagchi’s bench noted from the evidence presented in the case of Raju Mitra & Ors v. State of West Bengal (C.R.A. 251 of 2018) that the deceased’s body had visible signs of trauma, including a ligature mark, swelling on the back of the head, and bruises on the left palm.

Fewer than 72 days after she wed Raju Mitra (appellant No. 1), Ganga was forced to kill herself at her marital home. On February 22, 2016, at 12 p.m., two days before the incident, Ganga frantically called her father to report that the appellants were hitting her. Asim Dutta, her father, hurried to the marital residence and begged the appellants not to torture his daughter. The following day, he went back home. Ganga’s father received word that his daughter had died via Raju, Ganga’s husband. He was informed that Ganga had been transferred to Ramsagar hospital when he arrived at her marital house in a hurry.

The Court emphasized that it is extremely unlikely that the deceased would reveal the torture she endured to witnesses like her neighbors.

“These wounds indicate the housewife victim had experienced physical abuse just before she passed away, possibly supporting the family’s account of torture. Normally, a housewife would confide in her parents and other close family members while she is being tortured inside the four walls of her marital home. She is quite unlikely to tell strangers, particularly her neighbors, about her hardship. From this angle, I believe the testimony of the victim’s parents and other relatives regarding the torture she endured in exchange for a subsequent demand for money is quite credible. The defense witnesses’ testimony seems to have been coached. None of the witnesses had access to the appellants’ domestic affairs.”, the court underscored.

The court concluded that the defense witnesses are unreliable and that they cannot confirm whether the victim housewife was tortured inside the confines of the marital home or not.

It was further highlighted that the post-mortem medical examiners had discovered ligature marks on the victim’s neck and had concluded that hypoxia resulting from ante-mortem hanging was to blame for the victim’s death. Additionally, it was mentioned that the worried doctor had discovered clotted blood and the pregnancy product (gestational sac) in the uterus.

“It appears from these results that the victim housewife, who was pregnant, had been violently abused at the matrimonial home before to her death and had been subjected to torture over dowry demands. She committed suicide because she couldn’t stand the torment “the Court’s judgment was.

The victim’s “absurd” argument that she committed suicide because she was unhappy with her husband’s financial situation was thus rejected by the court, which also noted that there is consistent evidence on file that she was subjected to physical and mental torture at the matrimonial home due to ongoing dowry demands.

In upholding the husband’s conviction order, the Court noted:

These conditions completely disprove the fantastical suicide excuse put forth by a woman who was too emotional and dissatisfied with her failing spouse.

The court exonerated the mother-in-law and father-in-law, however, after noting that no specific overt act involving torture of the victim housewife over more dowry demands had been ascribed to either of them.