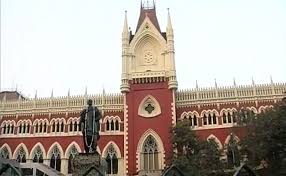 The Calcutta High Court emphasised that when there is a possibility of disclosing the identity of a minor victim of sexual offences, it would be expedient to permit the accused or his attorney to inspect the said documents rather than supplying them to the accused under Section 207 of the CrPC, which permits the prosecution’s documents to be provided to an accused.

In the case of Sri Anish Loharuka v. The State of West Bengal(C.R.R. 1340 of 2022), a single-judge bench headed over by Honorable Justice Jay Sengupta made the following observation: “..it is quite evident that it would be best to allow the accused or his attorney to inspect the said documents rather than providing copies of them when there is a chance that the name of a young victim, even one who was underage at the time of the crime, could be revealed. After all, once a document is given to the accused, there is no way to guarantee that the victim’s identity won’t be revealed through improper use of the document.However, it has also been said that the accused would have the right to request that an IT specialist examine such a document.”

In this regard, reliance was placed on the Supreme Court decision in P. Gopalkrishnan alias Dileep v. State of Kerala and Others, where the Apex Court had held that the Court may be justified in providing only inspection thereof to the accused and his/her attorney or expert for presenting an effective defence during the trial in cases involving issues such as of privacy of the complainant/witness or his/her identity.

The Court was making a decision regarding a request made in opposition to a Sessions Judge’s order denying the petitioner, who was an accused party in a criminal case involving offences under the Indian Penal Code, the Information Technology Act, and the Protection of Children from Sexual Offenses Act of 2012, access to documents, including electronic records, in accordance with Section 207 of the CrPC.

The petitioner was a defendant in a case where he was accused of crimes against multiple women, including a victim who was a minor at the time of the offence, according to the petitioner’s attorney. The petitioner had submitted two applications asking for the supply of copies of some documents again because they were not legible, as well as the contents of a hard drive that was confiscated in connection with the case, the court was informed. Screenshots from a mobile phone, WhatsApp, chat history, etc. were stored on the hard drive.

Further, it was claimed that by the contested order, the relevant Sessions Judge had declined to release a copy of the hard drive that had been confiscated in connection with the case on the grounds that doing so may harm the drive. The competent Trial Court disregarded the prior directive and set a date for the framing of charges even though it was directed that further papers with readable copies that had not been provided to the petitioner would be provided to them.

The petitioner’s attorney also argued that the Supreme Court had ruled in P. Gopalkrishnan alias Dileep v. State of Kerala and Others that papers used against an accused person must be provided to them regardless of any potential privacy concerns with the complainant or witness.

Contrarily, the attorney representing the State government argued that when the issue of a complainant’s or witness’s right to privacy or the disclosure of a minor’s identity becomes a concern, the accused cannot be given access to the documents and can, at most, request an inspection from the accused or his attorney. It was further asserted that only examination of the contents of the hard drive or other documents that could reveal the identify of a young victim could be done.

According to the opposing arguments, the Court noted that the concerned Trial Court’s conclusion that duplicating the hard drive would cause damage is not supported by the view of an expert and so ordered the Trial Court to reexamine the situation.

However, upholding the significance of protecting the identity of minor victims of sexual offences, the Court issued the following instructions: