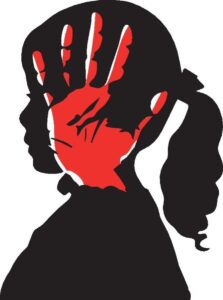 The Karnataka High Court on 1st July 2022 granted bail to the POCSO accused petitioner for sexual acts committed with minor wife after marriage by the bench of Justice H.P. Sandesh in the case of Syed Shabaj v. Smt. Prema & ANR (Criminal Petition No. 3422 of 2022)

The petitioner in the present case was accused of committing offences which are punishable u/s 363, 366A, 376 of the Indian Penal Code, 1860 and Sections 5 (L) and 6 of the Protection of Child from Sexual Offences Act, 2012 and Section 4 of The Prohibition of Child Marriage Act, 2006. Therefore, the petitioner filed a petition seeking regular bail u/s 439 of The Code of Criminal Procedure, 1973.

According to the facts of the case, the petitioner is accused of subjecting the victim to sexual acts despite being fully aware that she was 15 years old. The counsel for the petitioner contended that as per the victim’s statements it was quite evident that she had fallen in love with the petitioner. As a result, both of them fled the house, presuming that their parents would not approve because they belong to different religions, and stayed in a room before going to Darga and marrying in a Temple, after which this petitioner forced her to perform certain sexual acts. On the contrary the learned government pleader for respondent no 2 i.e., the State argued that according to the statement recorded in accordance with Section 164 of the Cr.P.C. the victim has given has stated that the present petitioner had subjected her Section 164 statements, she explicitly said that she was subjected to the sexual act, despite the fact that she is a minor under the age of 16. As a result, there was a prima facie case against the petitioner in this matter.

After hearing both counsels and perusing the material on record, and the contentions made by the victim girl that even though they left the house earlier on 15.10.2021, the marriage was solemnized on 17.10.2021, and they then went to Chintamani and had sexual intercourse, and the question of consent did not arise. Further, medical reports corroborated the prosecution’s argument that the hymen was not intact, but the truth was that she was subjected to sexual acts after the marriage. Furthermore, when she gave her history to the doctor, she indicated that after the marriage, this petitioner subjected her to sexual acts.

Thus, it was a case fit for exercising the powers under Section 439 of Cr.P.C. according to the learned counsel of the petitioner.

The court considered the material on record and ruled that the records disclosed that the victim had eloped with the petitioner but, though they left the house on 15.10.2021 itself, no allegations were made that she was subjected to sexual activity before the marriage but, she claims that they went and stayed in a Darga and then went to Ramanagar on 17.10.2021 and both of them got married and then she was subjected to sexual acts.

Taking cognizance of the peculiar facts and circumstances of the case, in which the petitioner subjected her to sexual acts after marriage, the Court ordered that the accused/petitioner shall be released on bail subject to certain conditions such as, he shall abstain from interfering with prosecution witnesses. He must appear before the jurisdictional Court on all subsequent hearing dates unless the Court excuses him for good reason. He shall not leave the Trial Court’s jurisdiction without prior permission.