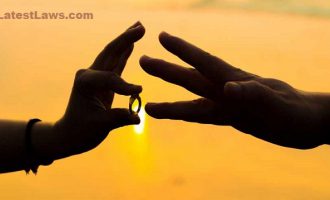 This particular decision is held by the High Court Of Karnataka through the single bench of Justice Hemanth Chandangoudar in the case of  Shiva Kumar V. Karnataka & ANR.

The Petitioner had made a promise to marry court witness 1 (CW1) had a  sexual intercourse with CW1 and when she was pregnant, she was forced to terminate the pregnancy at the instance of the accused.

A FIR was lodged by the 2nd respondent alleging that two years prior to the lodging of FIR, the petitioner and CW1 were in love with each other. It was further alleged that after having sexual intercourse with CW1 on three to four occasions, the petitioner stated to avoid her on 22/07/2017 she attempted to commit suicide. Since the petitioner came to the hospital and promised to marry CW1 , CW1 did not lodge FIR against the petitioner. Thereafter petitioner  friends threatened her and outraged her modesty. The Police after investigation submitted a charge sheet for the aforesaid offences.

The bench relied on the decision of the Apex Court in the case of Sonu @ Subhash Kumar -vs- State of Uttar Pradesh and another reported in 2021 SCC Online SC 181, wherein it held that in the absence of allegation that promise to marry was false promise at the inception, the false promise itself must be of immediate relevance or bear a direct nexus to the woman’s decision to engage in the sexual act.

The court observed, “In the present case, there is no allegation that promise made to the 2nd respondent was false at the inception. Charge sheet material does not disclose that the petitioner by using force or by assaulting has outraged the modesty of the victim so as to constitute the offence punishable under Section 3(1)(xi) of Atrocities Act.”