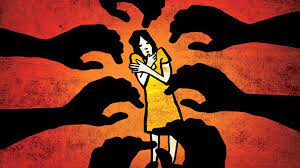 The Calcutta High Court gave the Central Bureau of Investigation (CBI) control of the investigation into the death of Tapan Kandu, a former Congress councillor from the Purulia municipality of Jhalda, who was allegedly shot dead on March 13 by thugs.

The Supreme Court’s ruling in Lalita Kumari v. Govt. of U.P. & Ors was violated by the Jhalda police authorities by refusing to promptly file a FIR against the relevant accused parties, as noted earlier by Honorable Justice Rajasekhar Mantha in the case of Purnima Kandu & Anr v. State of West Bengal (W.P.A. 5418 of 2022).

Tapan was reportedly shot dead while out for a walk near his home by some motorcycle-riding individuals. With the aid of the crime investigation department, a Special Investigation Team (SIT) has also been established to look into the murder of Tapan Kandu (CID).

The Court had entered a thorough report provided by the Superintendent of Police, Purulia, as well as the case diary into the record on the last date of hearing. The SIT that includes the C.I.D. of West Bengal has also joined the investigation and is in charge of it, the court had also been informed.

Tapan Kandu, a councilor for the Congress, and Anupam Dutta, a member of the TMC, reportedly died from gunshot wounds on March 13 in separate incidents in the North 24 Parganas towns of Panihati and Jhalda, respectively.

The widow of the deceased councillor petitioned the court for a CBI investigation on the grounds that the state investigating authorities had made no progress in their investigation.

The case diary and an additional status report submitted by the relevant police authorities were both noted by the court. The Court noted that some progress had been made in the investigation after reading the case diary.

The court was informed that so far, 4 suspects have been taken into custody: Deepak Kandu, the main suspect and the deceased’s cousin brother, Kolebar Singh, Naren Kandu, and Mohammad Ashiq.

The court was further informed that statements from four people who had been mentioned in the petitioner’s complaint had been recorded in accordance with Section 164 of the Criminal Procedure Code.

Justice Mantha continued, though, by highlighting some worrying aspects of the investigation. He mentioned that Kolebar Singh, the accused, had reportedly been detained in Jharkhand before being ordered to remain in custody by the proper court in Purulia, West Bengal. The Court noted that the case diary does not contain a transit remand to this effect.

The Court also emphasized that the photographs of the scene of the incident had been taken two days after the incident, ostensibly following the CID of West Bengal’s intervention.

Justice Mantha added that it was explicitly stated in the petitioner’s complaint that the deceased had been pressured to join a different political party by Inspector-in-Charge of the Jhalda Police Station, Sanjib Ghosh. It was also taken into account that Ghosh had occasionally even threatened the deceased in this regard.

Justice Mantha also took issue with S. Selvamurugan, the superintendent of the Purulia district police, saying during a press conference on Sunday that Ghosh was not guilty of the murder because it was the result of a family dispute.

The Court stated, “This has been done while the investigation is still underway and, final report is yet to be submitted.”

The Purulia district police superintendent, S. Selvamurugan, had been summoned by the Enforcement Directorate as part of the investigation into the coal scam case, which was also taken into consideration by the court.

The Court further stated that since the accused, Deepak Kandu, ran for office in the municipal elections on behalf of a rival political party and lost, there is no question that political rivalry was the primary driving force behind the murder.

“The overall investigation is indeed moving forward. But by now, more could have been done “Justice Mantha pointed out.

The Court emphasized as a result while ordering a CBI investigation, ” “Any investigation into a crime of this nature needs to inspire confidence in the public at large. Given the seriousness and politically sensitive nature of the crime, it is important for the general public to see that the Rule of Law is still in place. Justice must be rendered visibly. It’s also important to consider the de facto complainant’s satisfaction as well as that of the petitioners’ family members and other people connected to them.”

The Court also expressed its gratitude to Advocate General S.N. Mookherjee and his team for their “fair and unbiased stand” in presenting to the Court all information related to the investigation.

As a result, the Court instructed the Jhalda police officials and the Superintendent of Police in Purulia to immediately turn over to the CBI all case records and other crucial materials related to the investigation.

The CBI was instructed to provide the relevant Trial Court with a final report on the investigation within a month.

It should be noted that the High Court has requested a second CBI investigation in less than a month. By order dated March 25, a bench made up of Chief Justice Prakash Shrivastav and Justice Rajarshi Bharadwaj transferred the investigation into the violence in West Bengal’s Birbhum district, where 8 people were killed allegedly in retaliation for the killing of local All India Trinamool Congress (TMC) leader Bhadu Sheikh, to the CBI.