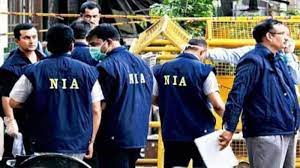 In light of the ongoing demonstrations against offensive comments made by former BJP spokespersons Nupur Sharma and Naveen Kumar Jindal about the Prophet Mohammed, the Calcutta High Court deferred making decisions in a number of Public Interest Litigation (PIL) petitions calling for the deployment of central paramilitary forces in West Bengal.

On the grounds that these protests were allegedly “pre-planned,” a probe into the violent incidents by the National Investigation Agency (NIA) was also requested.

On the final date of hearing in the case of Niladri Saha v. State of West Bengal and Others (WPA 258 of 2022), a Bench made up of Honourable Chief Justice Prakash Shrivastava and Honourable Justice Rajarshi Bharadwaj had emphasized that the State authorities must ensure that no untoward incident occurs and further directed that the State should seek assistance from central forces in case they are unable to control the situation.

The report submitted by Advocate General S.N. Mookherjee on behalf of the State government detailing the actions taken by the State authorities to control the situation was recorded by the Bench.

The State authorities have swiftly taken action against the criminals despite the fact that public property has been damaged in these sporadic acts of violence, the Court was informed. The Advocate General claimed that between June 9 and June 10, 17 FIRs had been filed and 99 people had been taken into custody in the Howrah Police Commissionerate.

Additionally, it was reported that between June 9 and June 10, 38 people were detained and 9 FIRs were filed in the district of Howrah Rural. The Advocate General also let the Bench know that prohibitory orders and orders to halt internet service had been issued, and that the relevant authorities had started taking confidence-building measures.

According to reports, violence broke out in several locations in the Howrah district of West Bengal, where protesters engaged in physical altercations with officers and set a number of vehicles, two-wheelers, and kiosks on fire. Local BJP party offices in Uleberia and Panchla were also allegedly set on fire by protesters calling for action against former BJP spokespersons Nupur Sharma and Naveen Kumar Jindal. The Criminal Procedure Code’s Section 144 was implemented as a result of the demonstrations, and Internet access was also momentarily suspended in the affected areas. The districts of Nadia and Murshidabad also reported violent incidents.

According to reports, on Sunday night, a group of individuals attacked and vandalized a local train at Bethuadahari Railway Station in West Bengal’s Nadia district, which caused train service on the Lalgola line to be suspended.

Five FIRs and 18 arrests were made in the Murshidabad district between June 11 and June 13. It was added that 1 FIR had been filed and 17 people had been taken into custody in the Diamond Harbour district.

According to previous court orders, the State authorities are reviewing video footage to identify the offenders, the Bench was informed. The Supreme Court’s ruling in In Re: Destruction of Public & Private Properties v. Govt of A.P, which established guidelines for the payment of compensation for damage to both public and private properties, was also cited.

Contrarily, the petitioners’ attorneys argued that the State’s apparatus has completely disintegrated and that similar violent incidents are likely to occur again. The petitioners also asked the court to issue a directive to stop any religious and political processions in the interim. On the grounds that there has been a complete intelligence failure and that the State police authorities have been mute spectators, strong arguments were also made for the deployment of central paramilitary forces.

The petitioners also requested the court’s intervention in this matter after informing the court that BJP leaders had been unjustly detained by the police on the National Highway.

The Chief Justice said aloud to all the counsels during the proceedings to emphasize the importance of maintaining racial harmony, ” “You are all the leaders of the Bar; at the very least, tell the parties you are representing that they must uphold communal harmony. They should avoid such unfortunate incidents; at the very least, you can inform your parties and the clients you are advocating for about other matters we will investigate. We are thinking about it”

The Chief Justice also expressed the petitioners’ worries to the Advocate General, saying, “What they say is that they are apprehending that again on a particular day it may happen.”

The State will bring in the main forces if things get out of hand, the Advocate General responded, citing the Court’s prior order. He added that it is established law that the decision regarding whether or not to deploy central forces is entirely in the hands of the State authorities.

The Bench noted that it would take into account every issue and make orders as a result. It was also made clear that the issue wouldn’t be resolved.