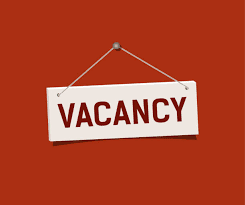 The Tripura High Court in the case of Dr. Diptanu Sarkar vs Society for Tripura Medical Teaching Hospital (WP(C)No.398 of 2022) upheld that stray Vacancy Round which is conducted in the offline mode at the Institution level will be strictly on the basis of merit.

On 02.05.2022, one admission notification was published by the Principal, Tripura Medical College, Hapania, Agartala. The petitioner was interested in the vacancy available in the General Medicine but the said post had been shown for ST category. As a result, the petitioner did not appear for counseling on 05.05.2022 upto 1 p.m., as the petitioner had understood that until that time, only the ST category candidates would face the physical counseling. The petitioner appeared after 1 p.m. when the said seat was supposed to be opened for all candidates from all over India. But to his utter dismay, he found that the respondent No.4 had been allotted the said counseling upon which the said counseling took place before 1 p.m. on the said day. Hence, he had approached the court urging for setting aside the nomination of the respondent No.4 and to resume the fresh counseling for the said seat for post graduate studies in General Medicine.

Learned counsel had quite succinctly stated that the Medical Admission Notice dated 02.05.2022 did clearly communicate that all students who have registered in the first, the second and in the MOP UP round of Tripura State NEET PG 2021 counseling, but did not get allotment for admission anywhere are eligible for the stray round. It had been adverted that the interested candidates may appear for physical counseling on 5th May, 2022 upto 01:00 p.m.

The latter part of the admission notification clearly stipulates that if under the Tripura State NEET PG candidates are not available till 01.:00 p.m the admission will be open for all students from all over India without any provincial restriction.

The Admission Notification had only shown that the seats were originally reserved for Scheduled Tribe candidates before bringing them to the stray round. In the stray round selection or nomination is settled solely on the basis of merit. However, counsel appearing for the petitioner has submitted that that approach is only for the Deemed Universities and the Central Universities, not for other medical institutions

Judgment : The court held that according to the notification the interested candidates may appear for physical counseling on 5th May, 2022 upto 1-00 PM and contact the Office of the Principal, Tripura Medical College & Dr. BRAM Teaching Hospital, Hapania, Agartala. Therefore, the wishful reading that the petitioner had made was not acceptable, even though the petitioner suffered seriously for his erroneous reading but this court could not make any accommodation for re-counselling.