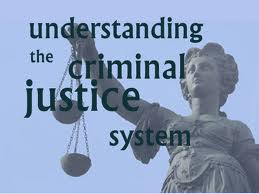 This particular decision is upheld by the High Court of Odisha through the division bench of Justice Sanjeeb Kumar Panigrahi in the case of Subhranshu Rout v State Of Odisha (BLAPL No.4592 OF 2020)

In the instant case, prima facie, it appears that the petitioner has not only committed forcible sexual intercourse with the victim girl, but has also deviously recorded the intimate sojourn and uploaded the same on a fake Facebook account. Statement recorded under Section 161 of Cr. P.C. of the victim girl is also clearly in sync with FIR version. Considering the heinousness of the crime, the petitioner does not deserve any consideration for bail at this stage. However, this Court is of the view that Indian Criminal Justice system is more of a sentence oriented system with little emphasis on the disgorgement of victim’s loss and suffering, although the impact of crime on the victim may vary significantly for person(s) and case(s)– for some the impact of crime is short and intense, for others the impact is long-lasting. Regardless, many victims find the criminal justice system complex, confusing and intimidating. Many do not know where to turn for help. As in the instant case, the rights of the victim to get those uploaded photos/videos erased from Facebook server still remain unaddressed for want of appropriate legislation. However, allowing such objectionable photos and videos to remain on a social media platform, without the consent of a woman, is a direct affront on a woman’s modesty and, more importantly, her right to privacy. In such cases, either the victim herself or the prosecution may, if so advised, seek appropriate orders to protect the victim’s fundamental right to privacy, by seeking appropriate orders to have such offensive posts erased from the public platform, irrespective of the ongoing criminal process