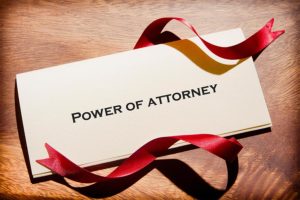 The Madhya Pradesh High Court in the case of Kamlesh Kushwaha vs Vibha Kumar (SECOND APPEAL No. 1342 of 2018) upheld that the power of attorney holder cannot depose the principal for the acts done by the principal and not by him.

Learned counsel for the appellant-defendant submited that  on the basis of the pleadings or the documents placed on record, no decree could have been passed unless the such documents and the pleadings are proved by reliable evidence by examining the relevant witnesses. Further submited that the documents and other papers are not admissible unless the same is proved by the concerning witnesses as per provision of the Evidence Act. The power of attorney holder was not authorized to depose the evidence in place of principal.

The respondent / plaintiff herself had not entered into the witness box even the plaint and the verification along with the affidavit is signed by the Power of Attorney Holder not by the respondent – plaintiff. The power of attorney holder namely Purushottam Raghuwanshi (PW-1) has deposed in respect of the acts done by the principal plaintiff in her personal capacity prior to the execution of the alleged power of attorney which is barred under the law

Judgment : The court held that the parties are bound to prove those facts which they know. According to the pleadings of the plaint, the respondent-plaintiff had knowledge about the dispute as pleaded by her and she herself has not entered in witness box to prove such facts in support of her pleadings as such she have not discharged her burden to prove her case as per provision of sections 101 and 102 of the Evidence Act.

Having regard to the directions in the order of remand by which the Court placed the burden of proving on the appellants that they have a share in the property, it was obligatory on the part of the appellants to have entered the box and discharged the burden. The appellants had not approached the Court with clean hands. From the conduct of the parties it is apparent that it was a ploy to salvage the property from sale in the execution of Decree.Purushottam Raghuwanshi (PW-1) who is power-of-attorney holder cannot depose in place of principal plaintiff.

The second appeal was allowed and the impugned judgment and decree passed in previous Civil Appeal was set-aside.