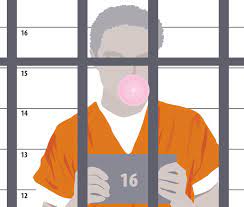 A single judge bench of Honourable Justice H.P. Sandesh in the Karnataka High Court granted bail in the case of Master Pavan S v. State Of Karnataka (Criminal Revision Petition No.195/2021), observing that the maximum punishment in respect of the alleged offence for which the accused, who was 17 years old at the time, is charged is 3 years and he has already spent about 212 years in custody.

The Juvenile Justice Board denied his application for bail under Section 12(1) of the Juvenile Justice (Care and Protection of Children) Act, 2015, in an order dated January 4, 2019. Having been wronged, an appeal was filed with the Appellate Court, but it was also dismissed.

The only charge leveled against him, according to the Petitioner, is that he conspired with other adult accused persons. He was not named in any specific allegation or act. The petitioner has been in custody since September of this year, and the Juvenile Justice Board and the Appellate Court have failed to consider the purpose of Section 12 of the Act. Other accused persons have already been granted bail, and the petitioner is entitled to bail on the basis of parity.

The prosecution opposed the plea, claiming that a specific allegation has been made against this petitioner that he participated with assailants in the murder of two people, which is a heinous crime, and that even though the petitioner has not reached majority, he has engaged in criminal activity with other accused persons at this age. He is not eligible for bail simply because he has been in custody for the past 212 years.

After reviewing the facts of the case, the bench stated, “There are undoubtedly other accused persons; however, this Court has already granted bail to accused No. 1 and other accused persons have been released on bail. Apart from that, the petitioner faces a maximum sentence of three years in prison.”

“When such is the case, and the petitioner has been in custody for the past 212 years, I believe it is a fit case to exercise the discretion to enlarge the petitioner on bail,” it continued.

As a result, the Juvenile Justice Board ordered that the petitioner/accused execute a personal bond in the amount of Rs.2,00,000 with two sureties in the same amount. His father/mother must endorse to the said security on behalf of the minor petitioner/accused that she will indemnify the said amount if he fails.

Furthermore, the accused may not directly or indirectly tamper with the prosecution’s evidence. He may not leave the Juvenile Justice Board’s jurisdiction without permission. He will not engage in any similar criminal activity.