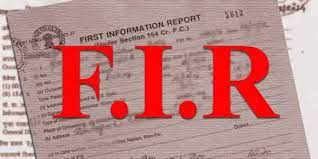 On a complaint filed by a Law Intern, the Karnataka High Court recently refused to dismiss a case filed by the police against an Advocate under various sections of the Indian Penal Code and the Information Technology Act, 2000.

In the case of Vasanth Adithya vs State of Karnataka (Criminal petition NO.3167/2022), a single judge bench led by Honourable Justice V. Srishananda stated, “Who is the aggressor, and what exactly happened, are all subjects of the investigation, and after a thorough investigation, police may file an appropriate report under section 173 Cr. P. C. This Court cannot form an opinion at this time based on the evidence on the record.”

Facts of the case are that the petitioner, Vasanth Adithya. J, had approached the court seeking to quash proceedings initiated against him under sections 324, 354, 341,506 and 509 of the Indian Penal Code and section 67 of the Information Technology Act, 2000.

The complainant claimed that she works as an intern for Kreetam Law Associates. When she requested a law intern certificate from the petitioner, there was a minor altercation and exchange of words, and it is also claimed that a water bottle was thrown against her, causing injury to the right side of her chest, and that he also took the complainant’s phone and threw it away. Some obnoxious and objectionable messages were also sent to the complainant’s mobile phone. Police have opened an investigation based on the aforementioned complaint.

“The petitioner was summoned by the police, and his statement in relation to the incident has been recorded,” the court stated. Following an investigation, the police may consider the statements and file appropriate reports. At this time, relief under section 482 Cr. P. C. as sought by the petitioner cannot be granted.”

“First and foremost, the investigation is still ongoing, and police may file appropriate reports after a thorough investigation,” the bench stated. Second, by expressing an opinion on the merits of the case at this stage, the parties’ rights would be jeopardized. Third, no Court can halt an investigation into a cognizable offence unless a specific person establishes that the complaint is frivolous in nature and results in abuse of court process.”

Following that, it stated, “It goes without saying that the police are required to consider the complaint averments made by the petitioner in the first instance, as well as the explanation offered by the petitioner before the police when his statement was to be recorded.”