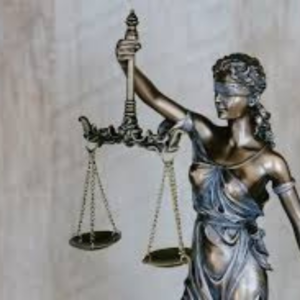 In the case of ASIF NASIR KHAN v/s THE STATE OF MAHARASHTRA in Criminal Appeal No. 834 of 1998 the Hon’ble High court has allowed the appeal and the judgment and order dated 30.10.1998 passed in Sessions Case No. 430 of 1995 by the learned Additional Sessions Judge, Pune is set aside, the Appellant is on bail. His bail bonds shall stand canceled accordingly.

The facts of the case As per the charge framed, according to the prosecution case, on 5.6.1995 between 9.30 a.m. to 10.00 a.m., the Appellant committed the murder of Pappu @ Prakash Pardeshi in the flat of Josphin Shinde on Senapati Bapat Road, Pune by using a sharp weapon and nunchaku. The dead body was covered by cloth and was carried in an autorickshaw towards Lonikand and it was thrown in a quarry with the help of accused No.2 Zakir Shaikh. During the inquiries with the brother and wife of the deceased, the appellant’s name was disclosed and was arrested on 14.6.1995. on the basis of the inquiry, the offense under section 302 of IPC was registered.

The prosecution produced C.A. report on record which showed that no blood was detected in the autorickshaw, on the nunchaku as well as on the Appellant’s clothes, it showed that the pillow found with the dead body matched with the pillow seized from the flat of the Appellant. Learned counsel for the Appellant submitted that there is no evidence against the Appellant. The ‘last seen together’ theory is not supported by any reliable evidence on the record. Saira had not mentioned at the earliest that the deceased had left with the Appellant from their house in the morning of 5.6.1995. The motive is not properly proved.

Learned APP, on the other hand, submitted that the prosecution has proved all the circumstances and they form a complete chain proving the guilt of the Appellant. The appellant owed money to the deceased. In his statement under Section 313 of Cr.P.C. also the Appellant had admitted that those were his cheques, though he has denied his signatures. In the missing report, there is a reference to a friend though the name of the Appellant is not mentioned. The pillow found with the dead body, matched with the pillow recovered at the flat shown by the Appellant. All these are incriminating circumstances.

Taking into consideration all the above factors, the Hon’ble High Court is of the opinion that the prosecution has not proved the case against the Appellant beyond a reasonable doubt. The Appellant, therefore, deserves to be acquitted from all the charges.