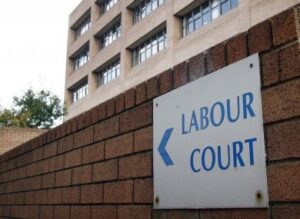 The Supreme Court, while allowing an appeal, stated that when there is a dispute and it falls out of the court’s jurisdiction, the court can only interpret the award or settlement on which the claim is based. This was held by the Supreme Court bench comprising of Justice M.R. Shah & Justice B.V. Nagarathna, in the matters between M/s Bombay Chemical Industries vs Deputy Labour Commissioner & Anr., decided on 4th February, 2022 in CRIMINAL APPEAL NO. 136 OF 2022.

The present appeal arose from the grievance of the appellant caused due to the Allahabad High Court’s order passed on 14th November,2018 in Writ Petition No.33482 of 2018. The High Court, in the said order, had dismissed the appeal of the appellant and had allowed the order of the Labour Court. The respondent No.2 had filed an application demanding his wages from 01.04.2006-31.03.2018 from appellant under Section 33(C)(2) of the Industrial Disputes Case Act in Misc. Case No.26 of 2012. However, the allegations were completely denied by the fact that the parties shared an employer-employee relationship. Relying on the witnesses, the Labour Court directed the appellant to pay the claim to the respondent.

In the present case, the appellants have submitted that the High Court has erred in dismissing the appeal. The issue of determination of relationship between the employer and employee gave rise to a serious dispute. The dispute was out of Labour Court’s jurisdiction under Section 33(C)(2) of the Industrial Dispute Act and the case could have been decided as per Section 10 of the Industrial Dispute Act.

The court of record held that it was not the Labour Court’s jurisdiction to have decided upon the employer-employee relationship. As per the settled principle of law, the Labour Court cannot adjudicate the dispute or basis of claim. The court relied on the precedent set out in the cases of Ganesh Razak   and   Anr., Municipal Corporation of Delhi Vs. Ganesh Razak and Anr. and Konkaben case.  It can only interpret the award or settlement on which the claim is based.

Based on the facts, the court held that the labour court should not have entertained the dispute, and should have relegated the parties to follow appropriate procedure. It is clear that the High Court has not appreciated the facts and has therefore, dismissed the petition. Both the orders were, therefore, quashed.

The court allowed the appeal and relegated the respondent to avail the other remedies available under Industrial Dispute Act.