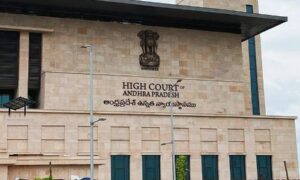 A person in possession cannot be dispossessed by appointing a receiver since the said person established his prima facie possession. It is impressible under the law for another person to enjoy the property by dispossessing the person who has legal possession of the property, as was held in the matters between Appinedi Pothuraju v Tahsildar by  Hon’ble Justice M. Satyanarayana Murthy in WP Nos.803 and 10612 of 2021, decided on 7 January,2022.

The two writ petitions were filed by Appinedi Pothuraju and Sayyed Jenny under Article 226 seeking relief since their property was interfered in an arbitrary way without following due process of law. Since the relief pleaded by both the petitions was same, they were taken under Common Order.

In the first case, the petitioner claimed that he is the rightful owner of the land since his father purchased the land via a Registered Sale  Deed. The respondent filed against this; however, the potion was dismissed. When  the petitioner started to maintain his land by clearing bushes, he was stopped by the staff of the respondent who tried to interfere into his land by not following due process of law. In the second case, it is claimed that the petitioner being the rightful owner of the land, started to construct the house and while he was doing so, he was interfered by the respondent without following due legal process. It is also contended that the brother of the respondent was selling the land to third parties claiming that the land is in their possession since a dispute in that regard was pending.

It was submitted by petitioners that in both the cases, the petitioners are in possession and enjoyment of the property, either of respondents cannot disposes them without following due process of law. Even if there is a proceeding under Section 146 (1) and 145 of Cr. P. C , it does not mean that portioners lose their protection of possession under the law. However, the respondents submitted that the appeal is pending before the court and no order shall be issued to restrain the respondents from interfering the property.

The court after hearing the pleadings from both the sides, stated that the dispute is between the two private individuals and the respondents taking advantage of that is impermissible under the law. Applying the precedent set out by the apex court in the case of Rame Gowda (dead) by L.Rs. v. M. Varadappa Naidu (Dead) by L.Rs., the court stated that , when the petitioners are in settled possession and enjoyment of the property, they cannot be dispossessed, without following due process of law in view of the law. The court declared the actions of the respondent of interring into the portioners property without following the due process of law as arbitrary.