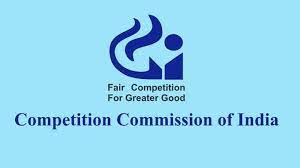 Every contract between two parties is bound by some terms and conditions. One has to abide by the terms of the contract. One such term of the contract is performance in manner or at time prescribed or sanctioned by promise. The same was decided by Mr. Ashok Chawla (Chairperson) Dr. Geeta Gouri (Member) Mr. Anurag Goel (Member) Mr. M. L. Tayal (Member) Mr. S. L. Bunker (Member) in the case of M/s Consim Info Private Limited (informant) vs. M/s Google Inc. & M/s Google India Private Limited (opponent party) [Case Nos. 07 & 30 of 2012].

The facts of the case are that an information u/s 19(1)(a) of the Competition Act, 2002 was filed against the opponent party alleging that Google runs its core business of online search and search advertising in a discriminatory manner, causing harm to advertisers and indirectly to consumers and creating an uneven playing field by favouring its own services and of its vertical partners, by manipulating the search algorithms. It was also alleged that Google provides a number of vertical search services like YouTube, Google News, Google Maps etc. and in order to promote its vertical search services, it mixes many of vertical results into organic search results. The effect of such manipulation of results was Google’s vertical search partners will appear predominantly when an internet user searches for some information, irrespective of whether the search results are most popular or relevant. Subsequently the consumer unity & trust society (CUTS) alleged that Google was abusing its dominant position by practices like search bias, search manipulation, denial of access and creation of entry barriers for competing search engines etc.

After perusal of the case, the commission asked the director general was asked to investigate into the matter. The Commission clubbed both the cases u/s 26(1) of the Act, r/w Regulation 27 of the Competition Commission of India (General) Regulations, 2009 since the allegations in the previous case also pertained to abusive conduct of Google in the online search engine markets. During the investigation it was found out that Google did not furnish the information as requisitioned by the Office of the DG. Accordingly, the DG reported the matter to the Commission seeking initiation of proceedings against Google in terms of the provisions contained in sections 43 and 45 of the Act.

Google argued that they have a reasonable cause and moreover, they have accompanied by the DG during its investigation. Further, it was argued by Google that the information sought by the DG were vast and not specific hence it took time to provide the information.

The Commission, however, taking into consideration the totality of the facts and circumstances of the case, held that when law casts an obligation upon the party to comply with a direction, the same needs to be complied with in the manner and the time stipulated therein.

The Commission also considered the documents sought for by the DG, and hence is of opinion that ends of justice would be met if the maximum fine envisaged under the provisions of section 43 of the Act is imposed upon the opposite parties by taking only one instance of noncompliance. It is, however, made clear that if the opposite parties further fail to comply with the directions of the DG in future, each instance of noncompliance shall be taken separately besides considering the same as aggravating factor for the purposes of imposition of fine. In the result, a fine of rupees one crore is imposed upon the opposite parties. The opposite parties are further directed to deposit the same within a period of 60 days from the receipt of the order. The opposite parties are also directed to furnish the information/ documents required by the DG vide the notices under consideration within a period of 10 days from the receipt of this order, if not already furnished.