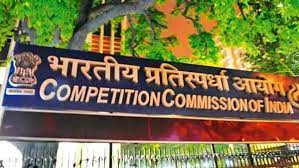 One of the most important aspects for invoking Section 33 of the Competition Commission of India Act 2002 is that it is proved to the satisfaction of the Commission, by affidavit or otherwise. The word ‘satisfaction’ in this section clearly signifies that the commission can grant interim relief only it deems necessary. This observation was also made by the Hon’ble Competition Commission of India before Ashok Kumar Gupta (Chairperson), Ms. Sangeeta Verma (Member) and Mr. Bhagwant Singh Bishnoi (Member) in the matter of Nishant P. Bhutada (Informant) vs. Tata Motors Ltd. and Ors. (Case No. 16 of 2020).

The facts of the case were that Varanasi Auto Sales Pvt. Ltd. (VASPL) is said to have been founded by the Informant’s parents. After her father died in 2002, her brother took over as CEO of VASPL. The corporation was authorized as a Tata Motors authorised dealer to offer commercial vehicles, spare parts, accessories etc. However, the Informant claimed that the Opponent Parties (OPs), i.e, Tata Motors and Tata Motors Finance, controlled and restricted the funding facility at their discretion. The financing facility loan limit given by OPs to an authorised dealer was increased or lowered based on Tata Motors’ aims rather than the authorised dealer’s financial strength or market demand. The Informant also claimed that the OPs were able to earn illegal money from authorised dealers by imposing high interest rates, punitive interest, other illegal charges, and changes on the channel finance credit facility that they provided. Many other allegations were put by the Informant against the OPs, to which OPs in response denied to all such allegations and submitted that mere existence of purportedly onerous terms in the Dealership Agreement does not constitute violation of the provisions of Section 4(2)(a)(i) of the Act, unless the Informant can prove unfair imposition of such terms and conditions by Tata Motors.

In this matter, the informant prayed before the Hon’ble Commission for various interim reliefs u/s 33 of the Competition Commission of India Act 2002. However, the commission held that where during an inquiry, the Commission is satisfied that an act in contravention of sub-section (1) of Section 3 or sub-section (1) of Section 4 or Section 6 has been committed and continues to be committed or that such act is about to be committed, the Commission may, by order, temporarily restrain any party from carrying on such act until the conclusion of such inquiry or until further orders, without giving notice to such party, where it deems it necessary.

Additionally, the Hon’ble Commission took the reference of the Hon’ble Supreme Court that the case of Competition Commission of India v. Steel Authority of India Ltd., [Civil Appeal No. 7779 of 2010, decided on 09.09.2010], held that this power has to be exercised by the Commission sparingly and under compelling and exceptional circumstances.

Finally, keeping these circumstances in view, the Commission is of the considered opinion that no interim relief will be granted and hence dismissed the application. However, the investigation by the Director General in the present matter will still be carried on.