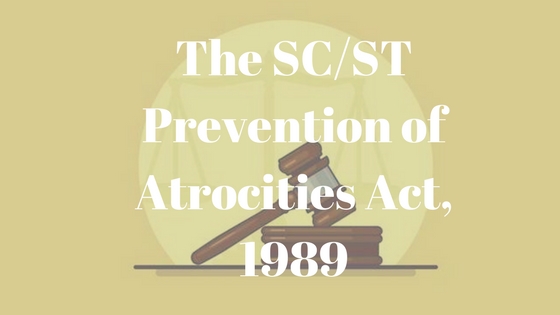 Brief facts of the case are that the present bail applications have been filed under Section 438 Cr.P.C. read with Section 482 Cr.P.C. on behalf of the applicants seeking anticipatory bail in FIR No. 05/2021 registered under Sections 3(1)(r)/3(1)(s) of the Scheduled Castes and the Scheduled Tribes (Prevention of Atrocities) Act, 1989 (hereinafter referred to as the SC/ST Act) and Section 506 IPC at Police Station New Usmanpur, Delhi.

Learned APP for the State duly assisted by learned counsel for the complainant has opposed the bail applications. She submitted that as per the complaint, casteist remarks were uttered in a place within public view as it has been stated by the complainant that the incident dated 05.10.2020 was witnessed by two independent persons, namely Ravinder Parshad Verma & Arun Sharma. She further submitted that the casteist remarks were uttered in the presence of aforesaid two witnesses and the applicants are not entitled to the benefit of anticipatory bail.

After the perusal of facts and arguments by the learned counsels, the Hon’ble Court held, “Without commenting any further on the aspect which would be a matter of trial, the interim protection granted to the applicants vide orders dated 17.03.2021 is made absolute and it is directed that in the event of arrest, the applicants be released on anticipatory bail subject to them furnishing personal bond in the sum of ₹25,000/- each with one surety each. The bail applications are disposed of in the above terms.”