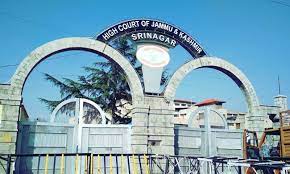 The court should exercise its writ jurisdiction and invoke its powers of judicial review, so as to set at naught the perverse and illegal order passed by the Appellate Authority as held by the Hon’ble High Court of J&K and Ladakh through a learned bench of Hon’ble Mr. Justice Sanjay Dhar in the case of Shafia Samad Vs State of Jammu & Kashmir and Ors [SWP No.594/2012].

The facts emerging from the pleadings of the parties are that, in the year 2010, an Advertisement Notice was issued inviting applications from the eligible female candidates for their engagement as Anganwadi Workers at various Anganwadi Centres. Pursuant to the aforesaid Advertisement Notice, the petitioner, as well as the respondent, offered their candidature for the position of Anganwadi Worker. After undertaking the process of selection, the petitioner was found to have secured the highest merit whereas the respondent found her place at the bottom of the merit list. Respondent made a complaint before the Sub Divisional Magistrate calling into question the eligibility of the petitioner, as according to the said respondent, as per the guidelines of the scheme, petitioner was not eligible to be engaged as Anganwadi Worker for the Centre which was located in Mukdam Mohalla.

In light of the report of the Sub Divisional Magistrate, respondent No.7-Child Development Project Officer, ICDS Rohama issued an engagement order dated 05.09.2011 in favor of the petitioner, whereby, she was engaged as Anganwadi Worker for Anganwadi Centre Mukdam Mohalla.

It appears that the aforesaid engagement order was challenged by respondent No.8 by way of an appeal before the Dy.Commissioner Baramulla. The appeal came to be decided by the Dy. Commissioner vide his order dated 03.03.2012. It is this order which is under challenge by way of the instant writ petition.

According to the petitioner, the Appellate Authority has not applied its mind to the material available before it, inasmuch as, it has not considered the report of Sub Divisional Magistrate that the appeal filed by respondent No.8 was presented beyond the prescribed period of limitation and the Appellate Authority without making any order for condonation of delay has entertained and decided the appeal on merits.  Respondent No.8 in her reply has raised objection on the maintainability of the writ petition on the ground that the petitioner has not availed the alternate remedy of filing revision petition against the order of appellate authority and, as such, the writ petition is not maintainable.

After hearing both the parties and studying the material on record, the Hon’ble High Court relied on the Judgments of Hon’ble Supreme Court in the cases of Whirlpool Corporation v Registrar of Trade Marks Mumbai and others, Harbanslal Sahnia and Another v. Indian Oil Corporation Ltd. And Others and Vijayabai v. Shriram Tukaram, to conclude that “It is clear that the exclusion of writ jurisdiction by way of alternative remedy is only a rule of discretion and the High Court, in appropriate cases, can entertain a writ petition in spite of there being an alternative remedy available to the petitioner.”