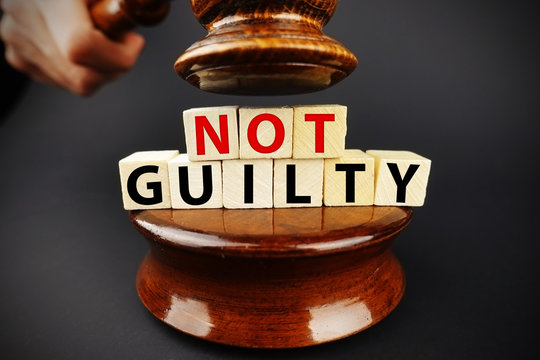 The petitioners apprehended arrest under Section 304(B) of the Indian Penal Code, “Dowry death. Where the death of a woman is caused by any bodily injury within seven years of her marriage by her husband or any relative of her husband”, Section 120(B), “Punishment of criminal conspiracy”, Section 34 IPC, “Acts done by several persons in furtherance of common intention. When a criminal act is done by several persons in furtherance of the common intention of all, each of such persons is liable for that act in the same manner as if it were done by him alone.” The petition is in connection with Siwan Muffasil (Mahadeva OP) [PS Case No. 330 of 2020] dated 16.07.2020.

In the High Court of Judicature at Patna, this judgement was given by Honorable Mr Justice Ahsanuddin Amanullah on the 17th of September  2021 in the case of Ramnath Sah and others Versus the State of Bihar, [Criminal Miscellaneous No.37701 of 2020] Mr Abdul Mannan Khan represented as the advocate for the petitioner, Ms Veena Kumari Jaiswal represented the State of Bihar as the additional Public Prosecutor, and Mr Harendra Prasad,  represented as the advocate for the informant, the proceedings of the court were held via video conference.

The counsel representing the petitioner held that the allegations made in the FIR are falsely implicated and when the couple were married for three years there was no sign of any complaint before any authority concerning dowry demand or maltreatment and assault. The counsel further stated that the deceased died due to committing suicide and according to the post-mortem report the doctor have discovered a mark of rope around her neck and mentioned that the account of death was asphyxia due to hanging and looks like suicidal. The 3rd Additional Sessions Judge, Siwan dated 21.09.2020 in Anticipatory Bail Petition [No. 1490 of 2020], rejected anticipatory bail for the petitioners. The counsel held that since there is no other mark on the body the petitioner is not responsible for the same as it was her issue, the husband of the deceased is already in custody. The petitioner has no other criminal antecedent. The counsel submitted an affidavit where the informant has compromised the matter and stated that there was neither any demand earlier for dowry nor was, she killed by the petitioners.

After considering the facts and circumstances of the case, the court because of the finding in the post-mortem where it has been stated that the death was due to asphyxia by hanging and it appeared to be a case of suicide and also that an affidavit by the informant has been filed before the Court concerning compromising the mater and stating that the petitioners have not committed any offence as also the petitioners not having any other criminal antecedent, therefore the petitioners, who are in-laws of the deceased, are not responsible for such death, and the Court is inclined to allow the prayer for pre-arrest bail.

The Honourable Court concluded that “the petitioners will be released on bail upon furnishing bail bonds of Rs. 25,000/- (twenty-five thousand) each with two sureties of the like amount each to the satisfaction of the learned Chief Judicial Magistrate, Siwan in Siwan Muffasil [PS Case No. 330 of 2020], subject to conditions under Section 438(2) Cr.P.C.1973 (i) that one of the bailors shall be a close relative of the petitioners, and (ii) that the petitioners shall cooperate with the Court and the police/prosecution. Failure to cooperate shall lead to the cancellation of their bail bonds. The petition stands disposed of in the aforementioned terms.”