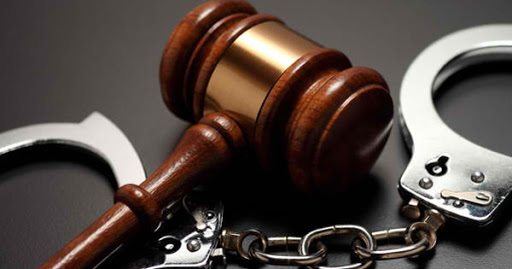 Under the Narcotic drugs and psychotropic substances act the petitioner was convicted under sections 22, i.e. “Punishment for contravention in relation to psychotropic substances, if anyone manufactures, possesses, sells, purchases, transports, imports inter-State, exports inter-State or uses any psychotropic substance shall be punishable” and section 29 of the NDPS act, “Punishment for abetment and criminal conspiracy, whoever abets or is a party to a criminal conspiracy to commit an offense is punishable.” The petitioner was registered as an FIR. No. 208 at the police station in the district of Barnala.

Therefore, the petitioner was seeking bail in the high court under section 439 Cr.P.C. the petitioner was held in custody and the evidence for the same was an affidavit of the deputy superintendent, central jail in Bathinda, and was taken in the record. This judgment and final order were given in the high court of Punjab and Haryana at Chandigarh on the 20th of September 2021 in the case of Karamjit Kaur v/s state of Punjab CRM-M No. 26650 of 2021 by Hon’ble Mr. Justice Harnaresh Singh Gill, Mr. Ganeriwala represented as the advocate for the petitioner and Mr.Sitta represented the state of Punjab, the proceedings of the court were held through video conferencing.

The following are the facts of the case, 13990 intoxicant tablets were recovered from a swift dzire car, and according to the counsel for the petitioner, he submitted that the name of the petitioner has not been mentioned in the FIR and the only reason he was involved in the case was that the co-accused (Happy Singh) disclosed his name in a statement. The petitioner was acquitted from the other two cases concerned. Now the co-accused (Mamta and Dhanno) have both been granted bail by the order passed by the co-ordinate benches of this court and since the petitioner was held in custody for over two months and 15 days, therefore bail was being prayed for in the high court of Punjab and Haryana.

However, the counsel for the state of Haryana opposed the plea for bail application as he submitted before the court that he recovered contraband items falling under commercial quantity and is illegal in nature and the matter is still undergoing investigation.

The court held that according to the custody certificate he was held in custody for 2 months and 15days   and even since the co-accused (Mamta and Dhanno) have been granted interim bail and since the trial for the petitioner will take time due to covid-19, no purpose would be fulfilled by keeping the petitioner behind the bars and therefore the court decided to grant bail to the petitioner

The court concluded that “Without commenting anything on the merits of the case, the petition is allowed and the petitioner is ordered to be released on bail on her furnishing bail/surety bonds to the satisfaction of the Trial Court/Duty Magistrate.”