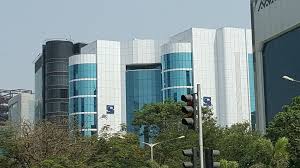 The appellate authority under the RTI (Right to Information) Act of the Securities and Exchange Board of India comprising of Mr. Anand Baiwar adjudicated in the matter of Suraj Joshi v CPIO, SEBI, Mumbai (Appeal No. 4320 of 2021) dealt with an issue in connection with Section 2 (f) and Section 7 (9) of the Right to Information Act, 2005.

“7. Along with SEBI are there any other Government agencies/Legal force looking after this Case/Complaints, if yes please provide the details of the same.”

The respondent, in response to query number 2, informed that the information sought is maintained in separate individual files, placed at multiple locations across SEBI and collating the same for providing response to query would disproportionately divert the resources of the public authority. Hence the same is exempt under section 7(9) of the RTI Act, 2005. The appellant, in his appeal, inter alia, submitted that it was deemed that the information sought by him was only in respect to the information available with SEBI head office.

The appellant filed the appeal on the grounds of that the information was refused. . On perusal of the appeal, it appears that the appellant is not satisfied with the reply to query numbers 2, 7 and 9.

For the queries, the appellate authority, Mr Anand Baiwar, made reference to the matter of Hon’ble CIC, in the matter of Vineet Pandey vs. CPIO, United India Insurance Company Limited (Judgment dated January 21, 2021), wherein similar observations were made by the Hon’ble CIC. Further, in the matter of Shri Shantaram Walavalkar vs. CPIO, SEBI (Decision dated January 17, 2013), it was noted that the Hon’ble CIC held: “… we would also like to observe that, under the Right to Information (RTI) Act, the citizen has the responsibility to specify the exact information he wants; he is not supposed to seek any opinion or comments or clarifications or interpretations from the CPIO…”. Mr Baiwar also made reference in the matter of Shri Kunal vs. CPIO, Syndicate Bank (Order dated October 06, 2015). In view of these observations, the appellate authority found no deficiency in the response.